Cameron: Lighter-Than-Air Ships Are the Most Economical, Eco-Friendly Way to Fly 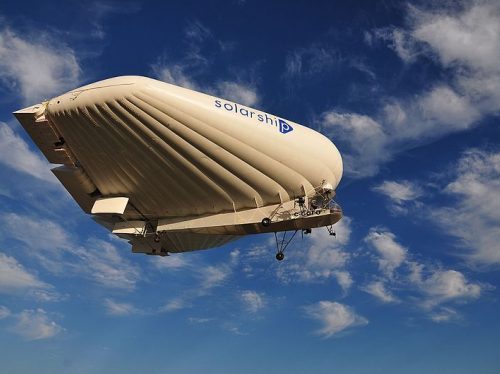 Despite the fiery memory of the Hindenburg burning completely in a matter of 34 seconds in 1936, lighter-than-air ships might be an idea whose time has come, and the most affordable and environmentally friendly way to fly, Canadian author, filmmaker, and environmental visionary Silver Donald Cameron wrote last year on his Green Interview blog.

At a time when governments are lavishing billion-dollar bailouts on airlines, and climate policy advocates and campaigners are trying out various approaches to get skyrocketing aviation emissions under control, it’s a good moment to bring Don’s post back to the surface.

When he first published his review of The Deltoid Pumpkin Seed, a 1973 book tracing the storied history of blimps, dirigibles, and zeppelins, Don strongly encouraged us to summarize it on The Mix. He was right…and we tried…and as so often happens with our digest, an important story kept getting bumped by more immediate news.

Don’s gone now, but you can still hear his voice, wisdom, and enthusiasm in his review. Rather than summarizing it at any length, we’ll just let you click through and get the story in his own words. Here’s a short segment:

“Airships were ‘the most economical means of air travel ever conceived’,” Don wrote. “They still are, and they are also the most eco-friendly. As the age of fossil fuels and carefree emissions inevitably concludes, they may provide the only form of flight the ecosphere can afford. Like the electric car, the airship may have been the right idea at the wrong time.”

“And perhaps the right time is now, a century after the zeppelins. Today, after all, we can paint photovoltaic generating cells on the surfaces of buildings, while the power and lightness of batteries is exponentially increasing. Why should we not have a dirigible with a skin of photovoltaics and a bank of highly-efficient batteries? There’s a little disruptive company in Ontario—called Solar Ship—working to develop just such a vessel. It would constitute almost a zero-impact mode of travel. Its prototypes are already flying in Burundi.”