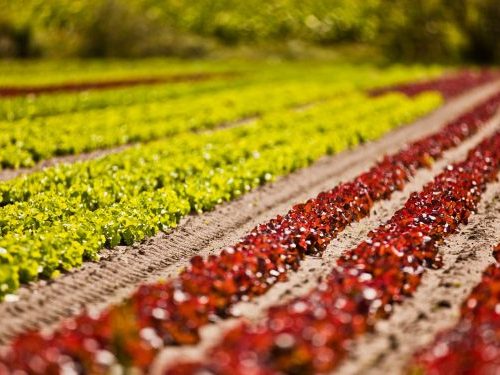 Agriculture in Canada produces 64 Mt of CO2e a year, accounting for 8.4% of emissions. The CO2 and methane emissions result from animal production, manure, and the loss of carbon from agricultural soils. Nitrogen oxide emissions result from manure and the use of chemical fertilizers. When fertilizer production is added, the proportion grows. Globally, agriculture produces 25% of all GHG emissions, and the livestock industry (meat and dairy) produces 15%, more than all the world’s transportation.

The health, viability, and productivity of our farms and ranch lands is critically important for Canadians, and yet the way we practice agriculture and ranching is a major cause not only of the climate emergency but also of the global ecological emergency. Deeply unsustainable farm practices are contributing to dramatic declines in bird and insect populations, including bees and other critically important pollinators, the loss of topsoil fertility, and the loss of soil carbon. They are also creating dead zones and toxic algal blooms in lakes, rivers, and seas, caused by nitrogen and phosphorus run-off from sewage, fertilizers, and pesticides. The use of chemical pesticides has also been linked to a number of diseases, including Parkinson’s, and the lack of nutritional quality in the food that many Canadians eat contributes to the growing incidence of diabetes (a 37.3% increase between 2004 and 2014)—and obesity (one in three Canadians, representing C$5 to $7 billion a year in healthcare costs).

A transition to sustainable, climate-friendly farming practices is essential, yet it presents a huge challenge to Canadian farmers and agribusiness companies that have evolved their highly productive practices and technologies over many decades, while steadily eroding the capacity of the soil to grow food.

Studies show that regenerative organic methods of farming and ranching can produce similar yields while storing carbon in the soil, producing no GHG emissions, and allowing nature to regenerate. Forty years of side-by-side trials by the Rodale Institute in Pennsylvania have found that after a five-year transition, the yields from organic farming are competitive with conventional farming, and that in drought years, yields can be up to five times higher. Sustainable farm operations in the U.S. Midwest recovered faster than conventional farms after the crippling floods in 2019.

The Rodale Institute has shown that organic farmers earn three to six times greater profits, use 45% less energy, and reduce their carbon emissions by 40%. In 2016, the Institute’s no-till organic manure systems produced 200 bushels of corn per acre, almost twice the yield of a conventional no-till system. In the Indian state of Sikkim (population 620,000), which has been 100% organic since 2016, a few crop yields fell, but most increased. Bee populations are said to be rebounding, with plants dependent on bee pollination like cardamom providing much higher yields.

Studies show that small-scale agro-ecological farming methods are profitable and productive, while storing carbon in healthy soil, conserving water, protecting bees and other pollinators, and eliminating the use of chemical pesticides. The American soil scientist Rattan Lal has suggested that over time, globally restored farm soils could recapture as much as 65 ppm of atmospheric CO2, reducing the future level from 420 to 355 ppm.

Methane production from cows, pigs, and sheep presents a further problem, since over 20 years, methane traps 84 times more heat in the atmosphere than CO2. In New Zealand, research is being conducted into new breeds of cows and sheep, and the ability of seaweed-enhanced diets to reduce methane emissions by as much as 80%.

In consequence of the urgent need to eliminate Canada’s carbon emissions, and the many positive impacts of regenerative organic farming:

The production of meat and dairy generates a heavy load of GHG emissions. Scientists are warning that livestock production needs to reach its peak within this decade, since meat production is 10 to 100 times more damaging to the climate than plant-based food, while the 80% of the world’s farmland that is used for livestock produces only 18% of the food calories humans consume. The release of land used for livestock could also contribute to the important work of reforestation. Many health benefits result from reduced consumption of meat and dairy, but people’s eating habits are often well-established and culturally-rooted. To address this complex problem: