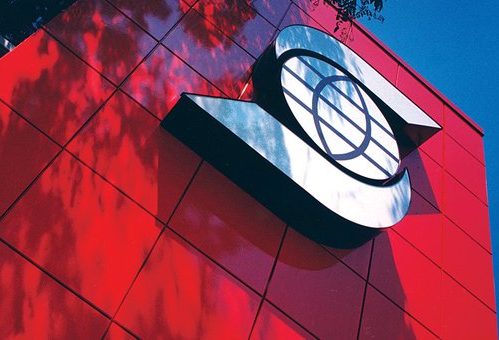 Canadian banks’ vulnerability to oil and gas loans has hit a record high, as fossils struggling with collapsing oil and gas prices draw heavily on their lines of credit.

“[Fossil] energy loans at the country’s six largest lenders jumped 23% to C$71.6 billion in their fiscal second quarter from the prior period,” Bloomberg reports, citing the banks’ financial disclosures. “Toronto-Dominion Bank had the largest increase at 29%, while Bank of Nova Scotia remained the biggest lender, with $21.6 billion in loans.”

“With the price plunge making much of their output unprofitable, Canadian oil and gas producers have taken steps to conserve cash. They’ve reduced production, cut operating costs, slashed at least $8.5 billion in planned capital spending, and tapped credit lines to help them weather the downturn,” the news agency adds. RBC CFO Rod Bolger said that explains the 22% jump in the bank’s fossil lending.

“The growth was driven by higher draws on existing facilities, and we did make select new lending facilities to existing investment-grade clients where the risk-return was appropriate given the low oil prices,” he said May 27.

“Most of Royal Bank’s exposure is to exploration and production companies and loans are secured by the value of proven and producing reserves,” Bloomberg explains. But the bank reported $664 million in “impaired” loans—financial industry language for situations where a lender can’t expect to collect the full value of a loan. RBC posted the highest level of impairment among the six banks; Bank of Montreal placed second, at $616 million.

CIBC CFO Hratch Panossian said his bank’s fossil portfolio is “relatively stable”, but the sector is seeing more downgrades and impairments due to low prices.

TD Chief Financial Officer Riaz Ahmed said he’s holding out hope that the fossil sector will rebound. “We’re clearly seeing the impact of price wars and supply-demand considerations, storage considerations beginning to play havoc on some producers,” he told Bloomberg May 28. “In the last few weeks we’re watching prices recover with some degree of hope that things will continue to get better here.”

But the Globe and Mail says the banks are bracing for many months of major losses on their fossil loans, as their clients continue to struggle with low prices. “The large Canadian banks have tried in recent years to trim their exposure to oil and gas lending, particularly to riskier loans to [exploration and production] and oilfield service companies. While some have been more successful than others, [fossil] energy loans make up less than 3% of Big Six corporate loan books across the board,” the paper writes.

Alongside the increase in borrowing over the last quarter, Bloomberg says many fossils are seeing their bank credit reduced—particularly when those lines of credit are based on the value of their reserves, which is in turn tied to the oil price. Globe columnist Jeffrey Jones agrees, reporting last week that the banks are putting fossils on “shorter leashes”.

“Companies with credit agreements on the value of their oil and gas reserves, which are mostly the junior and mid-size producers, have been undergoing what could be the most intense semi-annual redeterminations of those instruments to date” with their lenders, Jones writes. “What’s clear is that, besides reducing dollar amounts of credit available, these agreements are being rejigged to add several new restrictions on what companies can use the money for. There are also a number of new hoops to jump through to gain access to it.”

Meanwhile, “a gap has opened up between companies that entered the crisis with low debt levels and minimal environmental cleanup obligations and those with plenty of both [that] are now barely hanging on, “Jones adds. “From these borrower-lender tough talks have emerged a series of conditions to reduce the banks’ exposure to potential insolvencies. And the tougher they are, the harder it will be for some producers to take advantage as [fossil] energy markets rebound.”

Two of those conditions, similar to the ones imposed in the federal government’s industry bailout, are limits on the dollars fossils can toss into shareholder dividends and share buybacks. “Lenders will be demanding a say in whether companies can institute either after many producers suspended these shareholder-friendly moves as the pandemic’s economic impact worsened over the past couple of months,” Jones writes. They’ll also be cautious about letting fossils take out new loans just to pay down their older ones.

Ultimately, “the better-financed players will not have to sweat over the new conditions as much as those that are struggling,” he adds, citing analyst Cody Kwong at Stifel FirstEnergy. “And the latter group will be tapping government credit support more than the former will.” Overall, “it all looks geared to keeping loan losses at the banks in check as much as keeping oil companies afloat.”