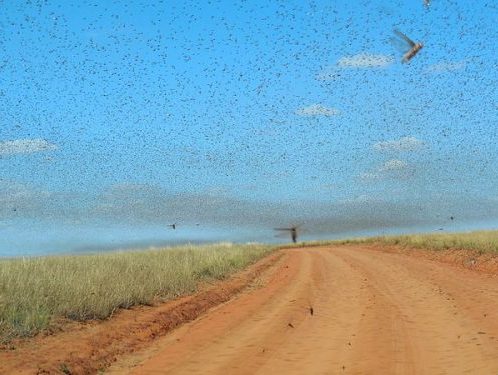 Experts are urging policy-makers in Africa and Asia to fight the escalating locust plague at the same time as they combat the COVID-19 pandemic, warning that famine will be a very real threat for millions without strong, pre-emptive action.

“The outbreak, which has been raging since last year, has so far placed around 20 million people at acute food insecurity,” reports SciDevNet. Locusts have been laying waste to crops and pasturelands in the Horn of Africa, the Arabian Peninsula, and Southwest Asia in waves since last October, while funding and critical resources are being “directed toward the COVID-19 crisis.”

Yemen is a particular focus of concern: the beleaguered country is in the crosshairs of the rising second wave of locusts, even as it grapples with an ongoing, brutal civil conflict and COVID-19 infection. According to the World Bank, in Africa alone “more than 90 million hectares of cropland and pasture are at risk from the second wave, with damages and losses reaching US$9 billion.” East Africa is also likely to be hit hard as it struggles through flooding that “has killed about 300 people and displaced half a million,” writes SciDevNet.

But the pandemic is distracting policy-makers from the crisis, and delays in shipments of pesticides to East Africa are hampering efforts to control infestations. “The two challenges should be fought concurrently,” said Daniel Otaye, an associate professor in the Department of Biological Sciences at Kenya’s Egerton University.

But the UN Food and Agriculture Organization (FAO) says that’s exactly what is happening. “So far, more than 240,000 hectares have been treated with chemical pesticides or biopesticides across the East Africa region and 740 people have been trained up to conduct ground locust control operations,” said Keith Cressman, senior locust forecaster at the FAO.

But efforts on the ground may not be enough to address the challenge. “The new generation hoppers are now of age and very voracious,” said Stephen Njoka, director general of the Desert Locust Control Organisation for East Africa. 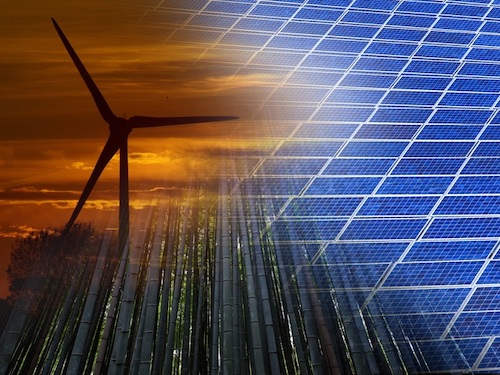