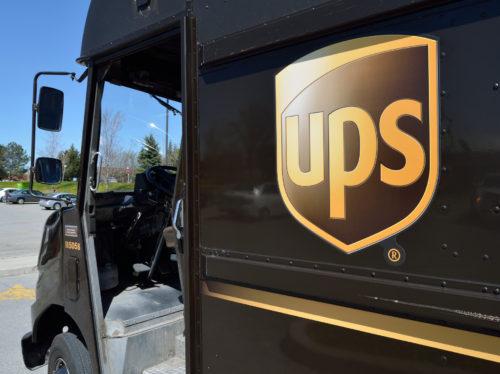 General Motors is joining a growing roster of conventional automakers and electric vehicle manufacturers declaring an interest in building an electric van for companies like Amazon.com and United Parcel Service—and getting the new designs into the field before Tesla Inc. can corner the market.

“GM’s plan to develop an electric van has not previously been reported,” Reuters states, and the automaker didn’t confirm the story, which the news agency attributes to five separate sources. But “suppliers familiar with such plans at GM and Ford told Reuters the Detroit automakers, which count trucks and commercial vehicles among their most profitable businesses, ‘don’t want to leave the door open for Tesla’ as they did in consumer passenger cars.”

The “multibillion-dollar strategy could enable GM, Ford Motor Co., and at least two EV start-ups to build and deliver more electric vehicles at a time when consumer demand for battery-powered models is still a small fraction of overall industry sales,” Reuters adds, “while targeting a potentially lucrative market segment” that Tesla has yet to address.

The news agency’s sources said the new GM van is scheduled to go into production late next year, and  “will share some components with GM’s future electric pickups and SUVs, including the automaker’s new Ultium advanced battery system. It is expected to be assembled alongside the electric trucks at GM’s Detroit-Hamtramck plant.”

The giant automaker is also “considering whether to offer the electric van through its traditional truck brands—Chevrolet and GMC—or market it under a different brand such as Maven, the sources said. GM’s first electric pickup truck, due in late 2021, will be sold by GMC dealers under the Hummer brand.”

The announcement got a positive reception from at least one potential customer for the vehicle, and one analyst.

“It’s going to be similar to what the Model 3 has done for the consumer market,” said Scott Phillippi, senior director of fleet maintenance and engineering at UPS, adding that electric vans could disrupt commercial fleets. “Now all of a sudden, we’re off to the races.”

“Buyers of commercial vans want reliability and not necessarily a flashy brand name,” added Sam Fiorani, vice president of global vehicle forecasting at AutoForecast Solutions. “The reduced maintenance and fuel use of electric vehicles become very attractive to a business customer, where the current limitations of EVs make the price premium less attractive to individual consumers.”