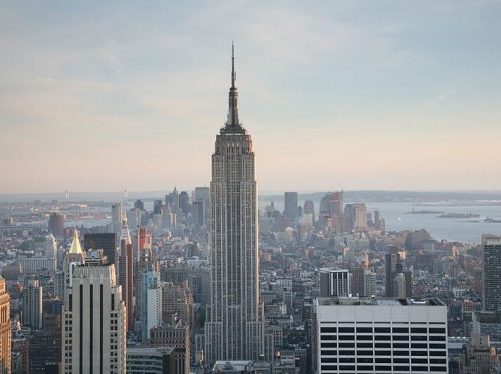 Thanks to a scrupulously well-planned retrofit, the owners of the Empire State Building have been able to reduce the structure’s emissions by 40% over the last decade. They’re now determined to cut emissions a further 40% by 2030, an ambition borne forward, in part, by the conviction that the building must remain what it has always been: a beacon of faith that better times lie ahead.

Completed in 2010, the Empire State Building’s US$31.1-million deep energy retrofit has been a rousing success, reports the Washington Post. In addition to slashing emissions, the retrofits are saving $4 million annually on electricity, and expectations are that the project will “pay for itself twice over”.

As the owners of the NYC landmark move to repeat the triumph of the last 10 years, both they and city officials hope to inspire others to begin the daunting but urgent task of retrofitting urban buildings.

Inspired or not, though, New York City’s property owners do not actually have a choice: as the Post notes, last year city council passed the newly-minted Climate Mobilization Act, making New York an adopter of  “the largest single emissions reduction policy implemented in any city in the world.” By 2030, the act will see NYC applying a strict emissions cap “to cover all buildings 25,000 square feet or larger”—more than half of the city’s developed area. “Any structure that exceeds its cap could be fined hundreds of dollars for each excess ton of carbon emitted,” writes the Post.

To achieve the necessary cuts fast enough, a suite of retrofits will have to be deployed “in the right order,” said Dana Robbins Schneider, senior vice president and director of energy and sustainability for Empire State Realty Trust (ESRT), which owns that building and 14 others in the city. They began with a series of efficiency measures, installing reflective barriers behind each radiator, adding a new layer of insulating film to the building’s 6,500+ double-paned windows, filling the spaces between the glass layers with insulating inert gases, and installing “an automated system [that] raises and lowers the blinds in synchrony with the sun.” Automated LED lights and timing systems further reduced power usage over nights and weekends.

Innovative technology provided further boons, too: The building’s 68 elevators use regenerative braking, “which allows them to store energy each time they slow to a stop and feed that power back into the building.”

Once the building’s energy efficiency was increased, the changes created the opportunity for further savings. “With the building’s energy demand significantly reduced, the equipment that provides it with heat and power could be replaced with smaller devices, which are more efficient and less costly,” explains the Post.

The significance of a 40% cut in emissions only grows in light of the continued rarity of such large-scale retrofits. “In the fight against global temperatures, buildings are silent saboteurs,” writes the Post. Yet despite the massive role buildings playing in driving climate change—generating roughly 39% of global CO2 emissions—cars and power plants are still painted as chief villains.

“More than two-thirds of New York City’s emissions come from its buildings. And most of those buildings will still be standing 30 years from now, when UN scientists say the world’s net emissions must be zero to avoid the most catastrophic effects of climate change,” observes the Post.

“The pathway to a low-carbon future is literally standing in front of our eyes,” said John Mandyck, CEO of the Urban Green Council (UGC). To make that case, the UGC recently undertook a cost analysis of building retrofits. The result: Roughly $20 billion will be needed to retrofit the city’s 50,000 buildings and comply with the 2030 target. But haunting those efforts will be the knowledge that, “if no other cities act, New York Harbor is still going to flood,” said Mandyck.

Owners whose buildings are not of the towering glass-and-steel variety may face additional costs. Case in point, writes the Post, is Amalgamated Housing Cooperative, a complex of 11 buildings that, to meet the legislative requirements by 2030, will have to cut emissions by nearly half—at a cost of about $20 million, even after rebates and credits. If AHC fails, it could face fines of as much as US$1 million, but it is also bound by laws that protect tenants from spikes in co-op fees.

“It’s great New York is doing this… but they never think about how [we] are going to get the money,” said co-op treasurer Ed Yaker. Still, he’s forging ahead, allocating $6 million to replace a 50-year-old boiler and analyzing the feasibility of geothermal heating and cooling.

Also concerning many owners is the city’s focus on emissions reductions over energy efficiency. “The trade association had supported a proposal that would regulate energy use, not carbon emissions, and that would mandate percentage reductions rather than establish emissions caps,” said Zach Steinberg, vice president for policy and planning at the Real Estate Board of New York. Even ESRT expressed concerns over this cap, with CEO Anthony Malkin stating “the city’s focus on carbon reductions, to the exclusion of energy efficiency, [will] incentivize owners to simply wait for upgrades to the grid, which the state controls, rather than take measures to reduce electricity use in their buildings.”

Countering such criticism, city officials insist the focus on carbon is necessary. “We had to change the currency of the conversation,” said Mark Chambers, director of the Mayor’s Office of Sustainability. “We don’t want your cash. We want your carbon.”

But beyond the achievement of turning a 1931 Art Deco skyscraper into a building fit for the 21st century, the Empire State Building retrofits could have an even greater impact: they prove that such work can succeed anywhere, at any scale.

“That’s why we have to make it work,” said ESRT’s Dana Robbins Schneider. “We want to use this super-famous building that everybody recognizes as a beacon…to change the world.”