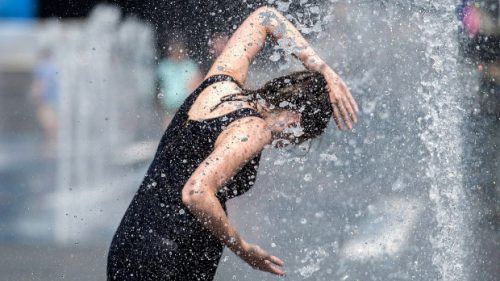 Montreal earned coverage in the Washington Post last week after experiencing its second-hottest day on record, with the mercury soaring to 36.6°C—far above normal for May. Adding to the swelter: nighttime temperatures that never dropped below 20.5°C.

Montrealers could be forgiven for thinking they had been transported south last week, with the heat and humidity taking their city and region into “uncharted territory for late spring,” reports the Post. “The other nine warmest days on record in Montreal’s top 10 occurred in July or August, making this particular May day the definition of extreme.”

And Montreal was not the only place roasting last week. “A number of cities in New England [saw] records obliterated beneath an exceptional dome of impressive heat,” the Post writes. May also brought wild extremes to the eastern parts of Canada and the United States—Burlington, Vermont, hit 35°C last week, just over two weeks from having seen snowfall.

And then there’s Buffalo: shivering through a dip below zero on May 9, it sweltered through a record high of almost 34°C last week. Also startling: the more than 29°C heat recorded at Mount Mansfield, Vermont’s highest peak at an elevation of 4,393 feet.

“That may not sound terribly impressive, but that’s nearly a mile up in the atmosphere,” clarified the Post, noting that the reading “is not only a record for the day and month—it is the highest temperature ever observed at that site.”

What makes these high temperatures “especially bizarre” is how early in the season they have come. “Vermont’s warmest temperatures typically are entered around the third week of July, during the oppressive dog days of summer,” writes the Post. According to Alaska-based climatologist Brian Brettschneider, “all major U.S. weather stations but one have an all-time maximum temperature that was recorded sometime in the year after May 30.”