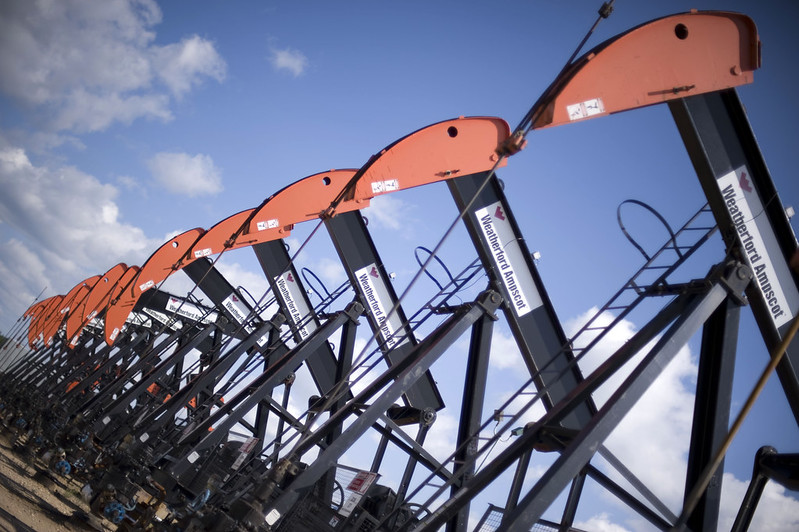 Fossil companies are complaining bitterly about the conditions the federal government has placed on the pandemic relief loans it’s making available to them, claiming that not a single oilpatch business has benefited from the program.

“Finance Minister Bill Morneau has put billions of dollars on the table to help oil and gas companies, as part of the government’s massive COVID-19 aid packages,” The Canadian Press reports. “That includes C$750 million in what the government is deeming ‘repayable contributions’, to help companies meet new standards on methane emissions coming from oil production facilities,” along with “different kinds of capital or operating loans” for small, medium, and large businesses.

But the fossils’ reaction is not entirely unexpected. “Ottawa has thrown large oil and gas companies the financial lifeline they asked for, and given them lots of reasons not to take it,” Globe and Mail mergers and acquisitions reporter Jeffrey Jones wrote earlier this month. “The Large Employer Emergency Financing Facility (LEEFF) program is chock full of terms and conditions that complicate a company’s relationship with its current lenders and add a new and stringent layer of reporting on environmental performance.”

Last week, several fossil executives and lobbyists told a virtual meeting of the House Finance Committee “that the various programs have very high bars to qualify or are of no interest to the sector when it’s just trying to survive,” CP says. “Loans for smaller- and medium-sized businesses from the Business Development Bank of Canada and Export Development Canada are also still not ready to roll out weeks after they were promised.” And Adam Waterman, president of the Lloydminster Oilfield Technical Society, said the interest rates attached to the loan program for larger companies are so high they’re almost predatory.

“On top of that, applicants have to agree to very specific behaviours, including prohibiting dividends and restricting executive compensation, agreeing to have a government representative on their board, and providing annual climate plans that show how the company is contributing to Canada’s goal of net-zero emissions by 2030,” CP adds. “Waterman said it is ridiculous to ask oil companies to show a 30-year climate plan to get a five-year bridge loan.” [Although their contribution to hitting a 2030 emissions target wouldn’t normally play out over a 30-year span—Ed.]

“It would have been more direct to say that oil and gas producers and oilfield service companies need not apply,” Waterman said. He added that companies would normally welcome funds to help curb their climate-busting methane emissions, but right now, “our priority is survival”.

Waterman and Tristan Goodman, president of the Explorers and Producers Association of Canada, said they would have preferred to see the methane fund offer grants, rather than loans, with Goodman adding he supported the intention of a loan program meant to protect industry jobs. But weeks after the program was announced, he said fossils are still getting auto-replies when they send emails asking for details. “I know of at least 30 companies that are trying to access those programs and are unable,” he said.

When Prime Minister Justin Trudeau announced $1.7 billion in industry aid in mid-April, he mostly received praise from the climate community for an initiative focused on cleaning up oil and gas wells abandoned by delinquent fossils, alongside the $750 million to combat methane leakage. “Today, Prime Minister Trudeau made clear that Canada’s bailout package will prioritize addressing the climate crisis and building the cleaner, safer economy we need,” Stand.earth International Program Director Tzeporah Berman said at the time. “This is the kind of leadership the world needs. This bailout announcement is a major turning point for oil and gas politics in Canada.”

Alberta Premier Jason Kenney and Saskatchewan Premier Scott Moe both welcomed the announcement, with Kenney calling it a lifeline for blue collar workers in western Canada’s oilfield services sector. “That can’t go to things like bonuses or dividends, or anything except actually doing the work,” he told media Friday. “This will allow for a surge of well reclamation and completion work, all across the province, we hope starting immediately.”

“Just because we’re in one crisis right now doesn’t mean we can forget about the other one—the climate crisis that we are also facing as a world and as a country,” Trudeau told media at the time. That was after Environmental Defence released and Global News reported on a leaked copy of a 13-page memo from the Canadian Association of Petroleum Producers to Natural Resources Minister Seamus O’Regan and seven other federal Cabinet ministers. It listed more than 30 regulatory measures the fossil industry wanted to see suspended or delayed.