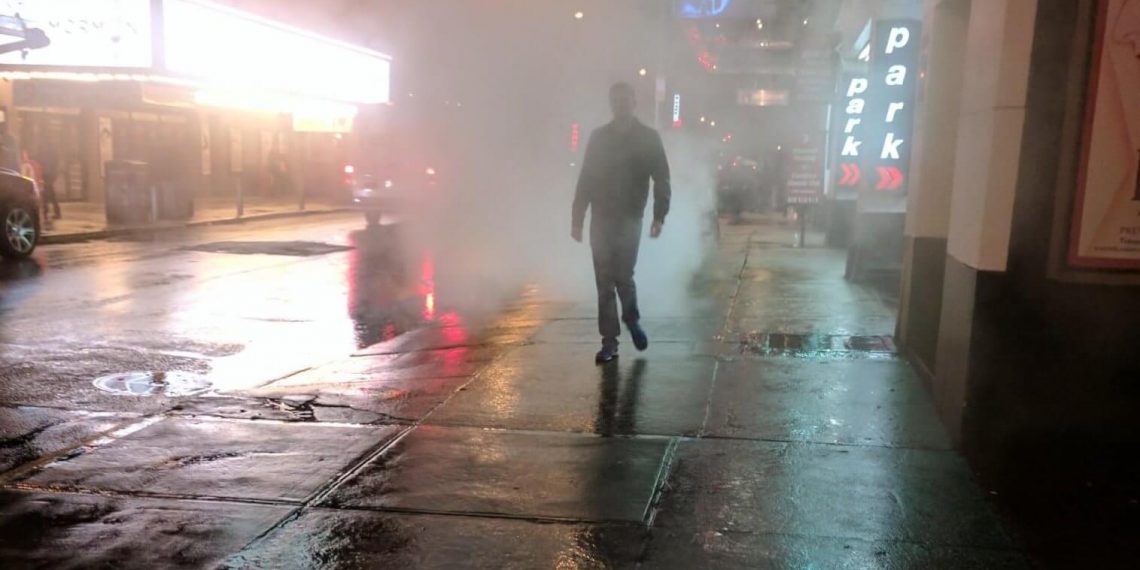 Climate change means many health risks. Any one of them raises the danger. What happens when extreme heat meets bad air?

LONDON, 29 May, 2020 – Extreme heat can kill. Air pollution can seriously shorten human lives. By 2050, extreme summer heat will threaten about 2 billion people on and around the Indian sub-continent for around 78 days every year. And the chances of unbearable heat waves and choking atmospheric chemistry at the same time will rise by 175%.

Climate scientists have been warning for decades that what were once rare events – for instance the 2003 heat wave that claimed tens of thousands of lives in Europe – will, as global average temperatures rise, become the new normal.

And they have repeatedly warned that in step with extreme summer temperatures, extreme humidity is also likely to increase in some regions, and to levels that could prove potentially fatal for outdoor workers and people in crowded cities.

The link between air pollution and ill health was established 60 or more years ago and has been confirmed again and again with mortality statistics.

Now a team from China and the US confirms once more in the journal  AGU Advances, published by the American Geophysical Union, that the danger is real, and that they can tell where it is becoming immediate: in seven nations that stretch from Afghanistan to Myanmar, and from Nepal to the tip of southern India.

Around 1.5bn people live there now, and they are already learning to live with around 45 days of extreme heat every year. By 2050, there will be 2bn people, most of them crammed into megacities in Afghanistan, Bangladesh, Bhutan, India, Myanmar, Nepal and Pakistan, and climate models confirm that the number of days of extreme heat could rise to 78 a year.

The number of days on which cities – already blighted by air pollution – reach health-threatening levels of high particulate matter will also rise. When heat and choking air chemistry become too much, lives will be at risk.

That extremes of summer heat are on the increase is now a given. That the intensity, duration and frequency of heat waves will go on rising has also been established. Extremes of heat are a threat to crops and a particular hazard in cities already much hotter than their surrounding landscapes.

“South Asia is a hotspot for future climate change impacts. Much research is needed over other parts of the world on  the risks they pose, and their potential human health effects”

One research group has identified 27 ways in which high temperatures can kill. Others have repeatedly warned of the dangerous mix of high temperatures and high humidity (climate scientists call it the “wet bulb” temperature), and one team of scientists has already argued that such conditions have already arrived, albeit so far for short periods and in limited locations.

The researchers chose the so-called wet-bulb temperature of 25°C as their threshold for an unhealthy extreme, and then worked out the number of days a year that such conditions happened in South Asia: between 1994 and 2006, these arrived at an average of between 40 and 50 days a year.

They then looked at the likely rise with forecast increases in average planetary temperature, depending on how vigorously or feebly the world’s nations tried to switch from fossil fuels to renewable energy sources. The probability increased by 75%.

They then chose widely-agreed dangerous thresholds for air pollution with soot, and sulphate aerosols, usually from fossil fuel combustion, to find that extremes of pollution would happen by 2050 on around 132 days a year.

Then they tried to estimate the probabilities that extreme pollution and extreme heat would coincide. They judged that the frequency of these more than usually hazardous days would rise by 175%, and they would last an estimated 79% longer. The area of land exposed to this double assault on human health would by then have increased tenfold.

“I think this study raises a lot of important concerns, and much research is needed over other parts of the world on these compounded extremes, the risks they pose, and their potential human health effects.” – Climate News Network