‘Office Centricity is Over’, Shopify Declares, as Tech Companies Embrace Working from Home 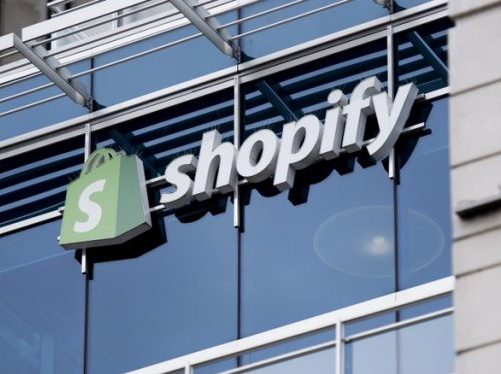 Ottawa-based e-commerce giant Shopify has declared itself “digital by default”, joining a growing list of North American tech companies that are rethinking their work arrangements in the wake of the pandemic—with still unpredictable but potentially huge implications for everything from commuter traffic and congestion to the demand for downtown real estate.

“Office centricity is over,” Shopify CEO Tobias Lütke said last week, in a massive shift for a business that employs more than 5,000 people in 16 offices worldwide, including Tokyo, Shenzhen, and London, UK, and recently surpassed the Royal Bank of Canada (RBC) as the country’s most valuable company. “We will keep our offices closed until 2021 so that we can rework them for this new reality,” he said, “and after that, most will permanently work remotely.”

Chief talent officer Brittany Forsyth said Shopify will maintain “recruitment hubs” in cities like Ottawa, Vancouver, Toronto, Montreal, and Waterloo, CBC writes, and Lütke said Shopify would try to better understand employees’ work-from-home needs by learning from many of its customers that operate on a similar model.

“We expect the majority of people will work from home and home offices in the future,” he told Bloomberg TV. “The choice is really, are we passengers on this tidal wave of change? Or do we jump in the driver’s seat and try to figure out how to build a global, world-class company by not getting together that often?”

Bloomberg says Twitter introduced a similar plan earlier in the month, Google parent company Alphabet Inc. will have people working from home through the end of 2020, and banks like JPMorgan Chase “are also reducing office capacity, at least in the short-term, as they try to maintain physical distancing in the wake of the pandemic.” Open Text Corporation announced last month that it was closing half of its offices around the world “because of the success of remote work and its need to restructure,” the Globe and Mail reports.

Facebook said it would allow employees to work from home permanently, with CEO Mark Zuckerberg predicting in a livestream last week “that within a decade as many as half of the company’s more than 48,000 employees would work from home,” the New York Times says.

“It’s clear that COVID has changed a lot about our lives, and that certainly includes the way most of us work,” Zuckerberg said. “Coming out of this period, I expect remote work is going to be a growing trend, as well.”

The Times says Facebook’s announcement was the first among the biggest U.S. tech companies, and “a stark change for a business culture built around getting workers into giant offices and keeping them there. Using free shuttle buses, free cafeterias, and personal services like dry cleaning, tech companies have done as much as possible over the years to give employees little reason to go home, let alone avoid the office.”

Now, “if other giant companies follow suit, tech employment could start to shift away from expensive hubs like Silicon Valley, Seattle, and New York. The option to work from home could also provide more reason for tech workers who complain that their enviable salaries still aren’t enough to buy a home in San Francisco or San José to consider settling in other parts of the country.” The shift has already driven rents down 7% in San Francisco, 15% in suburban Menlo Park, and the Times says it’s dawned on Facebook that it may be able to reduce pay rates for employees living in more affordable settings.

At the heart of Facebook’s shift is the realization that companies can still function with employees working from home. Zuckerberg “long worried that employees who worked remotely would lose productivity,” the Times writes. But more than two months into the pandemic lockdown, “executives are discovering that their remote workers performed better than expected. Mr. Zuckerberg said employees remained focused even though they were working from home.”

So now, “Facebook will begin by allowing new hires who are senior engineers to work remotely, and then allow current employees to apply for permission to work from home if they have positive performance reviews.”

A couple of news reports in the last week have looked at the possibility that the trend is just beginning. “With vast numbers of the world’s office workers doing their jobs remotely, businesses are rethinking their commercial real estate budgets and work culture,” the Globe says. “Tech companies are leading the way, although other sectors are beginning to grapple with a future in which people might not want to be in close quarters—and where real estate costs could be trimmed.”

“If the past is any guide, the tech sector has typically been at the leading edge of new workplace trends, such as open-concept designs, and other sectors have typically followed their cue,” real estate economist Carl Gomez told the paper. “That said, there are always going to be limits for some industries to adopt it fully, especially if their business ultimately requires some form of physical interaction between staff or clients.”

But the Globe cites the financial sector as one area where companies may soon follow technology’s lead. “That densification is going to have to unwind, in the short term anyway, and maybe permanently,” said RBC CEO Dave McKay. Deutsche Bank CEO Christian Sewing added last week that he was rethinking his institution’s commercial space in expensive urban cores.

“If 60% of employees worldwide can work away from their offices and still deliver excellent service to our clients, then of course we have to ask ourselves, can we give our staff additional flexibility to work from home if they want to?” he said.

The Toronto Star has a detailed look at what could happen to the city’s downtown office space if large numbers of employees continue working at home, including changes in the work experience.