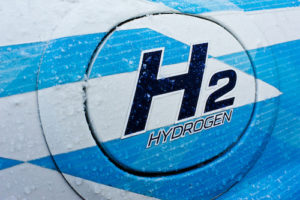 A company in Sweden reported a world first late last month, after replacing liquefied natural gas (LNG) with hydrogen to produce the high-temperature heat it needs to make steel.

“This is a major development for the steel industry,” said Göran Nyström, the company’s executive vice-president of group marketing and technology. “It is the first time that hydrogen has been used to heat steel in an existing production environment. Thanks to the trial, we know that hydrogen can be used simply and flexibly, with no impact on steel quality, which would mean a very large reduction in the carbon footprint.”

The trial “proves that carbon dioxide emissions from rolling can be eliminated provided the right financial support and infrastructure are in place,” Ovako said in a release. A spokesperson told Recharge News the company would “need to get funding and collaborate with the right industrial partners” to turn the experiment into a standard practice.

“Ovako already uses electric arc furnaces powered by renewable energy to melt scrap steel and produce its base product, but LNG to provide the heat at its rolling mills—where pre-produced steel is passed through pairs of rollers that reduce its thickness and makes the thickness uniform,” Recharge explains. “More than 95% of the world’s hydrogen is today derived from natural gas and coal, causing nine to 12 tonnes of CO2 emissions for every tonne of H2 produced,” the publication adds, so “there is no point replacing the coke, coal, or LNG used in steel production with H2 unless that hydrogen is produced from renewable energy (green), or if the CO2 emitted in its production is captured and stored (blue).”

While both “green” and “blue” hydrogen are currently expensive, and available only in limited quantities, the International Energy Agency asserted earlier this month that “green” hydrogen is “ready for the big time”, along with battery storage, and urged countries to channel their investments in that direction.

“Some countries, including The Netherlands, Australia, and Portugal, have already begun investing in the technology,” Reuters reports. “Now investors, politicians, and businesses are pushing the European Union and others to use its post-crisis recovery plan to support hydrogen in areas like trucking and heavy industry.”

“Hydrogen could solve a lot of problems. We need everything else as well, but the political interest is because to achieve deep energy efficiency and decarbonization, hydrogen seems relatively easy,” said Agora Energiewende Senior Advisor Jesse Scott. “It is less alarming (for policy-makers) than some other elements for meeting net zero.”

But “a big fear for companies in the hydrogen industry is that they will be unable to take advantage of the unique opportunity presented by vast economic stimulus packages, and that governments will favour supporting traditional high-carbon fuel sectors that have been hit hard by a collapse in energy demand,” Reuters says.

“For us, that will be the question to be answered in the next weeks,” said Bernd Hübner, chief financial officer at German green hydrogen start-up Hy2gen. “Will the carbon fuel industry succeed in convincing the officials to support them?”