Major Cities Urge Green, Resilient Recovery with ‘No Return to Business as Usual’ 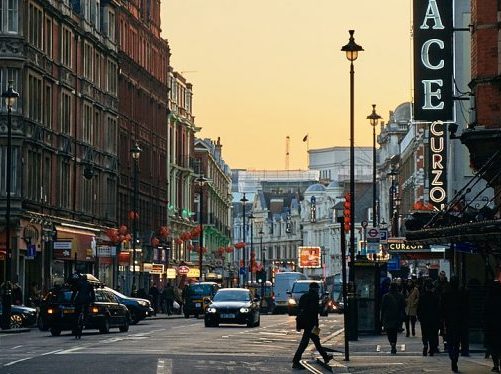 There’s no going back to “business as usual” after the COVID-19 pandemic when that previous path had the world on track for at least 3.0°C average global warming, the mayors of more than three dozen major cities declared in a statement of principles released earlier this month.

“As mayors, we are committed to supporting the residents of our cities and protecting their health, based on the guidance of expert advice,” the officials said. But “we, as leaders of major cities across the globe, are clear that our ambition should not be a return to ‘normal’—our goal is to build a better, more sustainable, more resilient and fairer society out of the recovery from the COVID-19 crisis.”

The statement calls for a recovery guided by public health and scientific expertise, built on “excellent public services, public investment, and increased community resilience,” that addresses “issues of equity that have been laid bare by the impact of the crisis—for example, workers who are now recognized as essential should be celebrated and compensated accordingly, and policies must support people living in informal settlements.”

It calls for recovery investments that boost the resilience of cities and communities, stressing that “climate action can help accelerate economic recovery and enhance social equity, through the use of new technologies and the creation of new industries and new jobs. These will drive wider benefits for our residents, workers, students, businesses, and visitors.”

The declaration landed just days before London, UK Mayor Sadiq Khan unveiled plans to turn parts of central London into “one of the largest car-free zones in any capital city in the world”, with what BusinessGreen calls “sweeping” support for safer walking and cycling.

“If we want to make transport in London safe, and keep London globally competitive, then we have no choice but to rapidly repurpose London’s streets for people,” Khan said. “By ensuring our city’s recovery is green, we will also tackle our toxic air, which is vital to make sure we don’t replace one public health crisis with another.”

“The evidence isn’t on Cuomo’s side,” Grist writes. “The Big Apple’s coronavirus outbreak map hasn’t overlapped with its density map; many similarly dense cities in Asia have avoided major outbreaks with aggressive prevention measures; and Cuomo’s refusal to take action in the early weeks the crisis was likely a deciding factor in New York’s out-of-control case curve.”

But “even so, dense city living—and many of the things that make that density possible, like robust public transportation networks—have been tainted with suspicion by the threat of COVID-19 infection, sending people of means fleeing from urban centres to rural and suburban getaways to ride out the pandemic. Many of them will likely be back; some won’t.”

Which is worrying, because urban density “is a big part of what makes cities fun, exciting, and climate-friendly places to live,” with housing that is more affordable and energy-efficient and mobility patterns that don’t require car ownership. “Urban planning icon Jane Jacobs famously argued that density spurs creativity and innovation by bringing different kinds of people together.”

Citing Connected Cities Lab Director Michele Acuto, professor of global urban politics at the University of Melbourne, Grist says the problem in cities isn’t density, but crowding. “Infectious respiratory diseases like COVID-19 spread easily when conditions influencing proximity are not properly managed, but there are steps city officials can take to reduce crowding while retaining—perhaps even improving—cities’ essential character.”

“In large part, crowding is what happens when we dedicate the vast majority of our public urban space to cars, with not nearly enough left over for people,” Vancouver’s former chief planner, Brent Toderian, wrote in a Streetsblog op-ed.