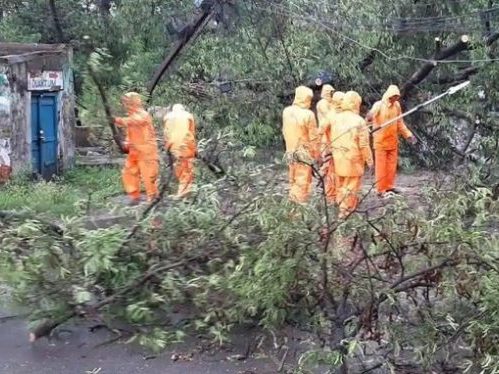 After initially shaping up as the biggest cyclonic storm South Asia had seen in 20 years, Cyclone Amphan brought less death and damage than expected when it came ashore yesterday, after authorities in India and Bangladesh evacuated more than three million people from the storm’s path.

The emergency effort was complicated in a region already scrambling to cope with the coronavirus pandemic, raising serious concerns about the combined impact on lives and livelihoods.

“Just a few days ago, meteorologists were calling the cyclone…one of the most dangerous storms in decades. And preparations for it were complicated by the fact that the cyclone hit in the middle of the pandemic, with both India and Bangladesh locked down and experiencing an alarming rise in coronavirus infections,” the New York Times reports. In the end, “the combination of an impressive evacuation effort and the storm weakening as it swirled onto land seems to have spared many lives.”

But while the region’s widely-recognized mass evacuation systems kicked into gear, “many villagers along India’s coast were apprehensive about rushing into packed emergency shelters, where they feared they would catch the virus,” the Times says. “Hundreds of shelters weren’t even available because they had been converted into quarantine centres two weeks ago.”

In the end, the eye of the storm passed close to Kolkata, where 100-mile-per-hour winds “split trees into pieces, exploded transformers, tipped over electricity poles, and damaged many homes—unusual destruction for the city, which lies more than 50 miles inland from the Bay of Bengal and is typically spared major cyclone damage,” the Times says. Much to the relief of humanitarian organizations in the area, the storm missed the denuded hillsides in coastal Bangladesh where a million Rohingya refugees are stuck in muddy camps after fleeing genocide in Myanmar.

“With Cyclone Amphan, the ‘disaster season’ starts in Bay of Bengal,” said Climate Action Network South Asia Director Sanjay Vashist. “This year, many more people will be affected because of the reverse migration due to the COVID-19 lockdown and the loss of livelihoods. Thousands of workers have returned back to their native villages tired, disappointed, and with no security. Disaster response in India and Bangladesh will fall short of its capacity, with more people to be evacuated and social distancing rules to be maintained.”

ActionAid Humanitarian Director Sara Almer warned the storm could have been “utterly devastating for the poorest and most marginalized people in Bangladesh and India, who are already battling the threat of COVID-19.” The pandemic “must act as a wake-up call to governments about the need to protect climate migrants and to ensure that climate resilience is built into long-term response plans,” she added.

“Cyclone Amphan is the perfect example of how interconnected our crises are—with the poor having to cram into crowded cyclone shelters and put themselves at risk of catching the virus,” said Risalat Khan, a social justice campaigner in Bangladesh. “Our solutions must be interconnected, too, with a renewed and urgent commitment to end extreme poverty once and for all.”

In Airdrie, Alberta, Nobel Peace Prize-nominated Dr. Fozia Alvi called on the Canadian government to do more to help the Rohingya protect themselves from COVID-19 infection. “It’s like a catastrophe waiting to happen,” she told CBC. “There’s absolutely no way to limit the spread of COVID-19 there.”

In the days before the cyclone made landfall, “Alvi said the World Health Organization recommendations to wash hands frequently and physically distance are ‘a joke’ to anyone who has seen the crowded camps, where most residents do not have access to clean water,” CBC adds. “In the tents where medical treatment is provided, she said she can touch each wall by stretching out her arms, and often has to leave to catch her breath as the tents have no ventilation.”

With more than 2,000 ventilators across the entire country, and a population of 160 million, she said Bangladesh’s intensive care units were already full. 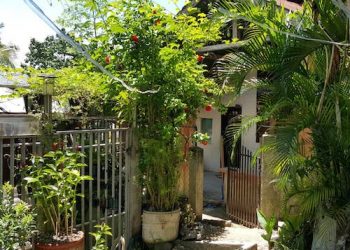