Carbon Emissions Fell 17% at Pandemic’s Peak, But Will Rebound Without Bigger Changes 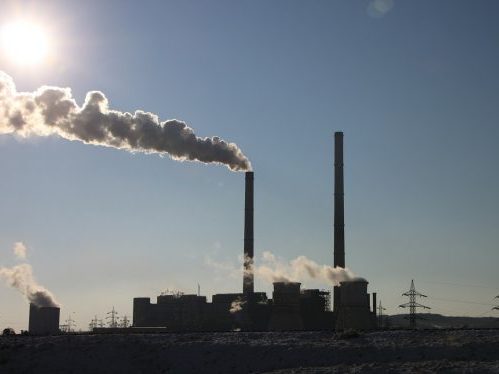 While the economic crash brought on by the coronavirus pandemic reduced daily greenhouse gas emissions 17% in early April, and will likely produce a 4.0 to 7.0% emissions reduction for the year, the real takeaway from a new analysis in the journal Nature Climate Change is that those carbon cuts will only be temporary without an aggressive response to the climate crisis.

“As infections surged in March and April, nations worldwide experienced an abrupt reduction in driving, flying, and industrial output, leading to a startling decline of more than one billion tons of carbon dioxide emissions,” the Washington Post reports. “The final 2020 figure will depend on how rapidly, or cautiously, people around the world resume ordinary life.”

But more than anything else, “the unprecedented situation produced by the coronavirus has offered a glimpse at the massive cuts in global emissions, year after year, that would be required to meet the most ambitious goals set by world leaders when they forged the 2015 Paris climate accord,” the paper adds, after the UN Environment Programme’s call last November for a 7.6% annual emissions cut to get the climate crisis under control.

Tuesday’s release by more than a dozen researchers with the Global Carbon Project “underscores how far the world remains from that long-term aspiration,” the Post states. “The forced plunge in greenhouse gas emissions in recent months, while extraordinary, returned carbon pollution only to levels last seen in 2006. And the changes are unlikely to last.”

“History suggests this will be a blip,” said Stanford University climate scientist and study co-author Rob Jackson. “The 2008 [financial] crisis decreased global emissions 1.5% for one year, and they shot back up 5% in 2010. It was like it never happened.”

This time, even with the intense shifts brought about by a global pandemic and lockdown, more than 80% of humanity’s regular carbon pollution carried on. “Appliances still run, office buildings must be maintained, and some factories continue to hum,” the Post explains. “Researchers say the experience demonstrates how broad structural changes to the energy system are critical if the world is to slash emissions in a meaningful, sustainable way.”

“We can see now that behaviour change alone is not going to do it,” said lead study author Corinne Le Quéré, director of Britain’s Tyndall Center for Climate Change Research. “There’s a lot of inertia in the infrastructure, in the built environment,” and “it seems like many things are able to function on their own, at least for a short time.”

The Post says global emissions are almost sure to rebound as economies reopen, and other news reports show that already happening, with Bloomberg reporting that oil demand in China has almost returned to its pre-pandemic levels. “In a remarkable turnaround after Chinese demand crashed by about 20% as the country went into lockdown in February, consumption of gasoline and diesel has fully recovered as factories reopen and commuters drive rather than use public transport,” the news agency writes, citing unidentified sources.

“Rush hour traffic in multiple Chinese cities has surged in the last couple of weeks, in many cases running either at or even above year-ago levels,” Bloomberg adds, citing navigation company TomTom International BV. “The traffic has particularly intensified in cities other than Beijing and Shanghai, which typically have more space for the drivers that are now using their cars to commute into work.”

Demand for diesel “is also recovering strongly, as Beijing encourages farmers to plant more to guarantee the country’s food security and industrial consumption recovers. The uptick in China’s gasoline and diesel consumption has prompted state and independently-owned refiners to crank up run rates to convert more crude oil into fuel,” and the overall increase in demand has helped stabilize global oil supplies and begun driving up prices.

In the United States, on the other hand, the pandemic has helped drive a shift in electricity systems that will see renewable energy supply more power this year than coal, the New York Times writes.

“It is a milestone that seemed all but unthinkable a decade ago, when coal was so dominant that it provided nearly half the nation’s electricity,” the paper says. “And it comes despite the Trump administration’s three-year push to try to revive the ailing industry by weakening pollution rules on coal-burning power plants.”

That sustained effort has “failed to halt the powerful economic forces that have led electric utilities to retire hundreds of aging coal plants since 2010 and run their remaining plants less frequently. The cost of building large wind farms has declined more than 40% in that time, while solar costs have dropped more than 80%. And the price of natural gas, a cleaner-burning alternative to coal, has fallen to historic lows as a result of the fracking boom.”

The net result is that, when the coronavirus cut into electricity demand, utilities shut down their most expensive sources of supply—and often, those sources were coal plants.

“The outbreak has put all the pressures facing the coal industry on steroids,” IHS Markit coal analyst Jim Thompson told the Times.

Human action will decide how much sea levels rise