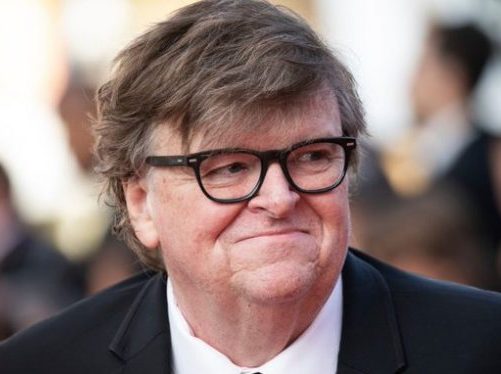 Condemned by energy and climate specialists as a lazy and out-of-date weave of cherry-picked data and fossil talking points, Michael Moore’s latest film Planet of the Humans is being lauded by climate deniers as proof that the sun should not set on fossil fuels.

“The documentary has been viewed over five million times on YouTube since its release…to coincide with the 50th anniversary of Earth Day,” reports DeSmog Blog. A raft of energy and climate experts have responded with blistering critiques, saying the film is rife with misinformation, fails to “provide context on the benefits of renewable energy and the negative impacts of fossil fuels,” and leans heavily on out-of-date information.

But that isn’t stopping the climate denial community from jumping onboard.

Among the climate change denying faithful championing the film is the Heartland Institute, a think tank heavily subsidized by colossal fossil ExxonMobil. Heartland was “quick to host a podcast episode dedicated to Moore’s documentary,” during which a contributor “praised it for doing a ‘really good job of ticking off all the downsides’ to renewables, which he claimed were the ‘least efficient way that you can try to generate electricity’,” writes DeSmog.

Also in the cheerleading section: the far-right website Breitbart, which used the film as proof, despite research to the contrary, that the solar and wind industries “pretend to be saving the planet from climate change while consuming more fossil fuels than they save.”

In the UK, pro-Trump commentator James Delingpole praised the film for showing that “renewable energy is damaging to the landscape and to wildlife and does not reduce the use of fossil fuels,” and for undermining the Green New Deal, thus boosting Republican chances in the U.S. election this fall.

Pro-fossil pundits are also using the film to promote the narrative that “renewable energy is a scam, backed by crony capitalists colluding with environmentalists,” notes DeSmog. When Marc Morano, communications director for CFACT—a woefully named free-market think tank—was asked by Rebel News host Ezra Levant about Moore’s opinion of “billionaires” who are “tricking everyone,” he answered that the filmmaker “sees all the con that they’re doing and who’s profiting and who’s making money.” CFACT itself receives funds from ExxonMobil and the Koch brothers.

In its own coverage, The Guardian observes that the film is “almost entirely devoid of solutions to the existential crisis that its producers say they are deeply concerned about”. While the film, which reportedly took many years to complete, “rightly raises questions about rampant consumption and the planet’s dwindling ecosystems,” the UK-based paper adds, “there’s no evidence that attempts were made to revise its content or its premise as new information became available.”