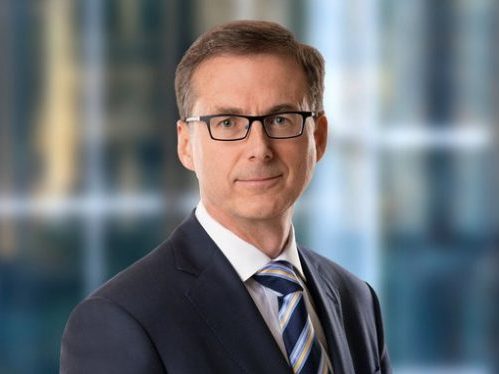 The federal government is receiving praise after appointing Tiff Macklem, a veteran of the 2008/2009 economic crisis and former deputy to climate finance titan Mark Carney, as governor of the Bank of Canada.

Macklem, currently dean of the Rotman School of Management at the University of Toronto, “helped shape Canada’s response to crisis when he served as a top aide to late former finance minister Jim Flaherty,” BNN Bloomberg reports. “He also has deep ties with the Bank of Canada, having originally joined the institution in 1984 before eventually serving as second-in-command under then-governor Mark Carney from 2010-14.”

Macklem also chaired the federal Expert Panel on Sustainable Finance, whose final report in June 2019 stressed the US$26 trillion and 65 million jobs to be gained through 2030 in the transition to a low-carbon global economy. “The financial sector is not going to solve climate change, but the things that are—innovation, clean electricity, deep building retrofits, climate-resilient infrastructure and more—all require investment, and that’s where finance is critical,” he said at the time.

“For Canada to be competitive in a world that is increasingly concerned about sound environmental stewardship, sustainable finance needs to become business as usual in the Canadian financial services industry.”

Last month, Prime Minister Justin Trudeau incurred brief media pushback for not asking current Governor Stephen Poloz to extend his term in the midst of a global health emergency, a move that was interpreted as the PM’s attempt to put his own personal stamp on the central bank. But Macklem’s appointment earned kudos—from Carney, and from Bay Street.

“Tiff brings an unparalleled combination of experience in central banking, academia, and business to the outstanding team at the Bank of Canada,” Carney told BNN Bloomberg in an email. “Tiff is a person of the utmost integrity, intelligence, and decisiveness, who always puts the best interests of Canadians at the centre of his work. It is tremendous that he will serve our country during this critical time.”

“I can’t think of a better person for this role than Tiff,” said Gord Nixon, chair of BCE Inc. (formerly Bell Canada Enterprises) and past CEO of the Royal Bank of Canada. “He’s been through the trenches before, given the role he played during the 2008-2009 financial crisis.”

“It’s a fine choice. I thought he would’ve been a fine choice even in 2013. So it’s very welcome to see him returning to the fold at the Bank of Canada,” said Derek Holt, head of capital economics at Scotiabank. “He brings very, very rich experience and crisis-fighting experience,” having “basically run the central bank in the past when he was senior deputy governor and hence chief operating officer. So overall, I think he’s a well-regarded choice, not just at home but internationally.”

Most business media coverage of the appointment focused on Macklem’s past pronouncements on fiscal policy, his likely response to the COVID-19 pandemic—and the government’s decision not to appoint the Bank of Canada’s first female governor in its 85-year history, despite its vocal support for gender equality. The Globe and Mail says Carolyn Wilkins, Poloz’ senior deputy for the last six years, had been “groomed for the job” and was the bank’s most qualified female candidate ever.

“Why is the man always the right choice?” asked Catalyst Canada Executive Director Tanya van Biesen. “Statistically, the math doesn’t add up. If 50% of the population is not a man, then men can’t always be the right choice. We have to force ourselves to ask the question: Why not Carolyn? That doesn’t mean it shouldn’t be Tiff, but why shouldn’t it be Carolyn?”