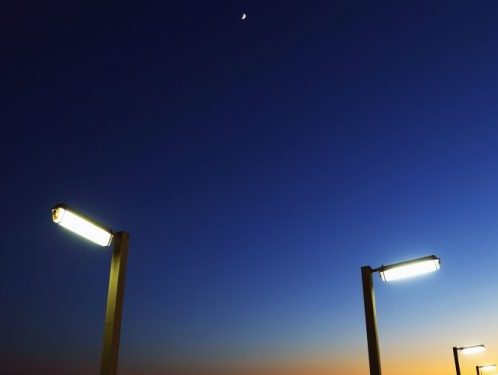 Once used solely to light commuters’ paths after dark, streetlights can now serve as “technology pillars” for smart city development and maintenance around the world, thanks to a Halifax-based roadway lighting company.

Founded in 2007 as a streetlight seller, LED Roadway Lighting has radically expanded both its mission and its markets, turning “streetlights into technology platforms that can collect, store, and analyze data for use by municipal and regional governments across Canada and some 60 countries,” reports the Globe and Mail.

A key factor in the company’s evolution has been the electrical receptacle that sits on top of almost all standard streetlights. “It’s like a plug on your wall at home,” said Ken Cartmill, vice-president of product development at Liveable Cities, LED Roadway’s sensor technology division. “We put a lot of thought into how we could leverage that.”

Such thinking led to the development of a product that permits the addition of “any size or shape of sensor to any type of streetlight,” said Chuck Cartmill, CEO of the family-run company. The sensors can be installed on individual posts, or as a network.

LED Roadway’s success owes in part to understanding what its customers really need from the sensors, Chuck Cartmill told the Globe. “What clients are looking for is actionable information. They’re not looking for software; they’re not even just looking for data. They want you to hand them the solution.” he said.

Another a wise business move, adds the Globe, was to adopt pre-built LTE-M cellular network systems—technology that supports the set of innovations known widely as the “Internet of Things”—already offered by major telecom companies, rather than developing an in-house system themselves. Thanks to global deployment of these LTE-M networks, LED Roadway has been able sell its products and data services globally, unhindered by what would otherwise have been the need to adapt to local networks.

That freedom has allowed the company “to deploy sensors sporadically across a city at an extremely low cost and offer smart city data to clients on subscription,” said Ken Cartmill. Using data from the “smart” streetlights along with the company’s by-subscription analysis, client cities will be able to make real-time decisions, such as reducing speed limits to improve road safety based on traffic conditions.

Low Prices Have Global LNG Market ‘Imploding Before Our Eyes’