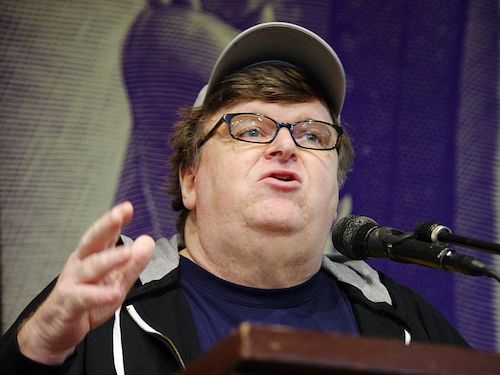 After the reactions I’d read before I watched Planet of the Humans, I found parts of movie more thought-provoking than I expected. But my overall impression is that Gibbs and Moore started out hell-bent on telling a particular story and determined to stick with it, even if that meant leaving out any details, nuances, or factual updates that got in their way.

To construct that narrative, they ended up slamming together fragments of several different, incomplete, and as others have pointed out, often obsolete stories, each of which would have taken more time, effort, listening, understanding, and filming to flesh out. But if they’d gone there, they wouldn’t have been able to justify the big-picture story they’d decided to tell, and the shock value they needed to grab attention and boost viewership would have been lost in details, analysis, and, y’know, facts.

And, well, you wouldn’t want to let reality get in the way of a sensational yarn.

What I noticed throughout was that I kept wondering where they’d picked up a piece of information or a segment of film, what happened afterwards…and why they weren’t telling us. Repeatedly telling big, complex stories in quick, drive-by insinuations left a clear impression with no reference point for whether the storyline was accurate. And through it all—suddenly the renewable technologies are the problem, with virtually no reference at all to the massive sacrifice zones the fossil industries have left behind, and continue to?

Oh, sorry. I guess 343,000 abandoned and orphaned wells in Alberta, or another 200,000+ in Pennsylvania, would have been too much film to fit into an hour and 40 minutes.

But Gibbs and Moore evidently felt no duty to actually substantiate or attribute very much of what they were presenting, nor even to cover themselves by doing so. I’m guessing that those inconvenient details and elaborations would have undercut the “personal journey of discovery”-style story they seemed so determined to tell. Some of their wilder inferences started taking on the tone of cheap conspiracy theories, without even a nod at trying to document them. All of which evidently contributed to the distributors’ temporary decision to pull the film, then link to the outpouring of critiques as the gaps and inaccuracies began to pile up.

What’s unfortunate is that, had it been done honestly and diligently, this production could have pointed toward some important gaps that our community does have to address. Not just biomass and natural gas, where much of the climate and environmental community has made a needed shift over the years, but supply chain issues like sustainable mining (or not) and the implications of raw materials needed to produce the decarbonization technologies we depend on. Or the wide-ranging, legitimate, and necessary conversation about the mix of different energy and process efficiency improvements, renewable energy sources, and structural changes in society that will most effectively, affordably, and equitably make the transition off fossil fuels. Or the wider mix of solutions outside the energy space that will also be needed to hit the 2050 target. Or the urgent need to scale back consumption in developed countries. Or, as others have said, the education and family planning options that Project Drawdown has highlighted in both editions. (Has anyone sent them a link to Drawdown?)

But a real exploration of those issues would have gone deeper (and no doubt taken longer than a feature film is allowed to run), rather than wasting precious minutes overlaying the film team’s own interpretations on stock footage of major environmental figures without giving them a chance to respond, or ambushing them in public settings. The ambush technique is very Michael Moore, and I suppose if they honestly believe the McKibbens and Gores of the world are on the side of evil, it’s consistent with his past work. But in the end, that has me second-guessing whether we were getting an accurate or complete story from Moore’s past films.

I think the greatest damage they’ve done is with the messages that humanity as a whole is inherently evil, and the battle is fundamentally lost. I think it speaks well for our wider advocacy community, not poorly, that the narrative and the mix of solutions have kept shifting over the years—the threats, the opportunities, and our understanding of them have been in flux and will continue to be, and unlike the fossil and nuclear industries, we’re rolling with those changes rather than insisting on obsolete and increasingly risky options.

But at a time when one of our biggest tasks is to counter climate despair, it’s a big problem that this film concocts an essentially false attack on both the solutions and the credibility of the messengers. It’s been good to see so many voices in the climate and energy community bringing forward evidence to dismiss the overall attack, taking onboard the grains or granules of accurate truth in the film, and pointing quickly back to the conversations that communities need to be having about decarbonization, energy transition, and equity.