Blistering Critiques for Moore’s Planet of the Humans: Short on Facts, Arbitrary in Style 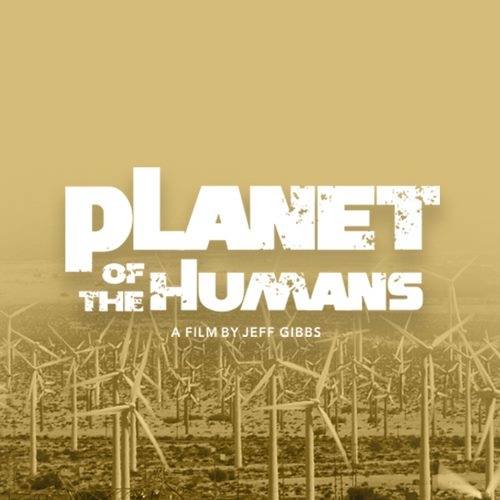 An Earth Day release by filmmaker Michael Moore and director Jeff Gibbs, purporting to show that a clean energy transition won’t help address the climate crisis and that climate campaigners have sold out to “wealthy interests and corporate America”, has spurred an avalanche of critical analysis, prompting one of its distributors to take the online video out of circulation before putting it back up a half-day later.

The production, Planet of the Humans, “is the wake-up call to the reality we are afraid to face: that in the midst of a human-caused extinction event, the environmental movement’s answer is to push for techno-fixes and band-aids,” its proponents claim. “It’s too little, too late.”

But veteran climate and energy campaigners, researchers, and policy-makers who actually know the clean energy technologies that Gibbs and Moore tried to take on say the movie is short on facts, arbitrary in style, and out of date in many of its harshest critiques. Many of them [okay, many of us, and here’s our take—Ed.] are less exercised about the film’s criticisms of bioenergy production, and its attempt to argue that out-of-control consumption is a fundamental problem that industrial countries must address—but note that those points are obscured in misleading or inaccurate claims.

“You would never recommend this film to anyone,” writes global climate policy veteran Tom Athanasiou,” one of three lead researchers behind the Climate Equity Reference Project. “You’d be carrying water for the fossils if you did. So it’s a failure on its own terms, since it wants, or pretends to want, to bring the truth about renewables to the green movement.”

“It’s too bad, because his central complaint, that the environmental movement is looking to green tech to save us, and believing quite a bit of nonsense in the process, is pretty legit, though it’s less legit every year, and you wouldn’t know it from this film,” Athanasiou adds. “This kind of techno-optimism is and has always been a huge mistake,” calling it out “is an excellent point, and it could have been made well. Gibbs could have built a good bit of teaching around it. But instead, he threw so many cheap shots and so much old news into the bucket that it ruined, and I mean ruined, the mix. The truth is that he doesn’t have the slightest idea about how to make his critique in a helpful way.”

FilmsForAction, one of the movie’s online distributors, responded quickly to the storm of pushback against the movie by taking it out of circulation, tweeted Gasland director Josh Fox, who organized an online letter demanding an apology from Moore. Half a day later, the page was live again, but included multiple links to critical reviews and an explanation from the U.S. media literacy site.

“When Planet of the Humans first came out, we added it to the site before watching it because we trusted Michael Moore’s track record of releasing quality films that are factually accurate. After we watched it, we had issues with the film but assumed it was at least factually accurate, since Michael knows his films will be rigorously fact-checked,” FilmsForAction wrote.

Unfortunately, according to Fox, that wasn’t the case. “Like all the distributors of the film that I spoke to, FFA had not seen the film prior to posting it,” and “I think it’s strange that Michael Moore would not let anyone see the film before distribution.” Other observers said Moore set himself up for failure by apparently deciding against a technical vetting before he released.

Now, Fox added, “so many people have speculated as to why @mmflint would put up a movie with so many fossil fuel industry talking points and with so many errors, falsehoods, and misinformation. I can’t guess,” and Moore hadn’t responded to the letter as of Friday.

But “I will add here, with deep regret and sadness, that my hero has fallen. I have watched @mmflint  PUNCH UP at authority and hypocrisy with glee for his whole career. He has deeply inspired me and taught me. But now he’s the Goliath in the room, PUNCHING DOWN at us,” Fox added. “A multi-millionaire many many many times over, @mmflint is now attacking environmental heroes like @billmckibben, @VanJones68, and even local organizers like the great Nathan Sooy of PA. I cannot sit by and watch that happen. This is not fun, this is terrible.”

All of which had FilmsForAction declaring itself “disheartened and dismayed to report that the film is full of misinformation—so much so that for half a day we removed the film from the site. Ultimately, we decided to put it back up because we believe media literacy, critique, and debate is the best solution to misinformation,” and vastly preferable to a “rather confused debate” that would have focused on censorship rather than the substance of the film, or lack thereof.

That left a parade of climate and energy experts to critique the substance and apparent purpose of the film. “I’m going to state this strategically,” Athanasiou told The Mix. “I think we have won the battle of the science, in the sense that the [climate] denialists are now manifestly and visibly ideologues. They’re a feature of the geography, they’re not going to go away, but they’re not taken seriously except as trolls. So what’s happening is the nightmare scenario where we go directly from denial to despair. So we absolutely need a positive transition story that we actually believe.”

By that standard, Planet of the Humans “absolutely counsels despair,” he added. “Really, how did we get to this situation where the loudest ‘progressive’ voice is the one who is most convinced we’re doomed?”

Science writer and renewables veteran Ketan Joshi writes the film off as a “reheated mess of lazy, old myths,” and takes apart many of the specifics point by point. As one example of the “extreme oldness of this documentary,” he cites a tour of  a solar farm in downtown Lansing, Michigan, “in which a bemused official states that a large farm can only power ten homes in a year”. That’s because the 150-kilowatt Cedar Street Solar Array was built in 2008, and 12 years is “an absolute eternity, in solar development years”.

PV Magazine had this assessment: “The film reports on a solar installation in Michigan with PV panels rated at ‘just under 8%’ conversion efficiency. It’s difficult to identify the brand of panel in the film (Abound?)—but that efficiency is from another solar era”. Joshi notes that “efficiency gains in solar have been so rapid that by leaving the dates off his footage he is very actively deceiving the audience. The site generates 64 MWh a year, according to the owner—a more recent installation in the same area generates around 436.”

He adds that “the footage really is from another era. It’s like doing a documentary on the uselessness of mobile phones but only examining the Motorola Ultrasleek.” Gibbs’ hits on a bigger solar plant and on wind energy are similarly out of date.

Veteran climate journalist Emily Atkin notes that climate denial and alt-right propaganda shops like the Heartland Institute and the Competitive Enterprise Institute were waxing ecstatic about the film, with Breitbart’s climate denial columnist declaring it “the most powerful, brutally honest, and important documentary of [Moore’s] career.”

But “does Michael Moore’s new bombshell climate change documentary, Planet of the Humans, include equally bombshell evidence to support [its] controversial claims?” Atkin asks. “Does the film’s director Jeff Gibbs give the environmentalists he attacks a fair chance to respond? And on the extremely racially fraught issue of limiting population growth, do Moore and Gibbs interview any non-white experts to support their point? That’s a no, and a no, and an extremely cringeworthy nooooope.”

“A good drinking game for the Michael Moore film is to drink every time a person of colour speaks,” wrote climate justice writer Mary Annaïse Heglar, in a tweet republished by Atkin. “That is, if you don’t want to get drunk.”

Previously, Atkin said she hoped she wouldn’t have to review the film on her excellent HEATED newsletter (subs here) because she’d seen it all before. “I’m tired of having to spend hours consuming and debunking messy-yet-blockbuster climate reporting from dudes who seemingly woke up a few mornings beforehand and decided they were climate journalists,” she wrote. “I feel like a hamster on a wheel: The Wheel of First Time Climate Dudes.”

Atkin explains: “The wheel starts to spin when a dude who spent his entire career doing everything except climate journalism decides he’s going to be the one to do a Big Climate Journalism Moment. This moment can be an interview with a famous person, a huge piece in a fancy publication, or a documentary film executive produced by Michael Moore.

“Because of the bigness of said moment, it is consumed by hundreds of thousands, if not millions of people. But because neither the author nor editor has done much climate journalism before, the viral moment suffers from factual inaccuracies and misleading tropes.

“That’s understandable. Climate change is a very difficult subject to cover—due in large part to the sophisticated 40-year disinformation campaign around the subject, perpetuated and funded by the multi-trillion-dollar fossil fuel industry and its powerful political allies.

“But that doesn’t change the fact that harmful inaccuracies have been consumed by many people. The wheel comes full circle when climate journalists have to spend massive amounts of time and intellectual energy consuming and debunking the First Time Climate Dudes’ story.”

350.org co-founder Bill McKibben, apparently the target of choice for much of Gibbs’ and Moore’s attack, had to do some debunking of his own, responding to an out-of-date claim that he supports unsustainable energy forms and a sly insinuation that he has a financial interest in his climate work.

“Like the filmmaker, I previously personally supported burning biomass as an alternative to fossil fuels—in my case, when the rural college where I teach replaced its oil furnaces with a wood chip burner more than a decade ago, I saluted it,” he wrote. “But as more scientists studied the consequences of large-scale biomass burning, the math began to show that it would put large amounts of carbon into the atmosphere at precisely the wrong moment: if we break the back of the climate system now, it won’t matter if forests suck it up 50 years hence.”

He added that, “as for taking corporate money, I’ve actually never taken a penny in pay from 350.org, or from any other environmental group. Instead, I’ve donated hundreds of thousands of dollars over the years in honoraria and prizes.” 350.org “hasn’t taken corporate money,” he added, and has never acted as a financial advisor or promoted one sustainable fund over another, as Gibbs implied.

“I am used to ceaseless harassment and attack from the fossil fuel industry, and I’ve done my best to ignore a lifetime of death threats from right wing extremists,” McKibben said. “It does hurt more to be attacked by others who think of themselves as environmentalists.”

But Atkin reports that least one 350.org volunteer took the film at face value, cut all ties with the campaign group, and pledged to tell all his or her friends to to the same.