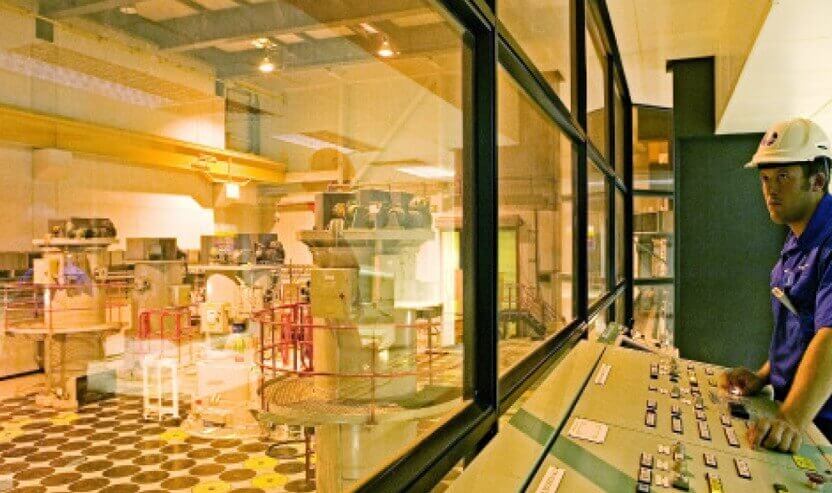 The end of reprocessing spent nuclear fuel has left an expensive UK plutonium stockpile with no peaceful use.

LONDON, 23 April, 2020 − For 70 years Britain has been dissolving spent nuclear fuel in acid, separating the plutonium and uranium it contains and stockpiling the plutonium in the hope of finding some peaceful use for it, to no avail: all it has to show today is a UK plutonium stockpile.

To comply with its international obligations not to discharge any more liquid radioactive waste into the Irish Sea, the United Kingdom government agreed more than 20 years ago under the Ospar Convention on the protection of the north-east Atlantic to shut its nuclear fuel reprocessing works at Sellafield in northwestern England at the end of this year.

As well as 139 tonnes of plutonium, which has to be both carefully stored to prevent a nuclear chain reaction and protected by armed guards as well, to avoid terrorist attack, there are thousands of tonnes of depleted uranium at Sellafield.

The reprocessing plant shut down prematurely as a result of a Covid-19 outbreak among its employees, and most of the 11,500 workers there have been sent home, leaving a skeleton staff to keep the site safe. Whether the plant will be restarted after the epidemic is unknown.

Fewer than half Sellafield’s workers are involved in reprocessing. Most are engaged in cleaning up after decades of nuclear energy generation and related experiments. There are 200 buildings at the massive site, many of them disused. It costs British taxpayers around £2.3 billion (US$2.8bn) a year to run Sellafield and keep it safe.

While the British government has been reluctant to make any decision on what to do about its stockpiled plutonium and uranium, the Bulletin of the Atomic Scientists has expressed alarm about the danger it poses.

“The United Kingdom has to find a solution for its plutonium stockpile, and quickly,” its report says.

The scientists point out that there is enough plutonium to make hundreds of thousands of nuclear weapons, and that it is a permanent proliferation risk. The annual cost of £73m to keep the plutonium safe is dwarfed by the much larger cost of trying to make safe the whole site with its thousands of tonnes of nuclear waste.

The Bulletin reports that the original reason for the reprocessing works was to produce plutonium for nuclear weapons. The UK supplied the US at times, as well as producing its own weapons. A 2014 agreement between the British and US governments gives an outline of the nuclear links which then existed between them.

“The British government, the Nuclear Decommissioning Authority, and reactor operators in general should accept that separated plutonium is a burden, not a resource”

For decades there were also plans to use plutonium in fast breeder reactors and to blend it with uranium to make Mixed Oxide Fuel (MOX) .

This was a time when governments believed that the world’s supply of uranium would run out and that re-using it with plutonium would be a way of generating large amounts of electricity, as a way to avoid burning fossil fuels and as part of the solution to climate change.

MOX was one possible fuel. Using recycled plutonium in fast breeder reactors was another possibility. And a third option was new-style reactors that burned plutonium, theoretically possible but never built.

But uranium did not run out, and MOX did not prove economic. It and the new reactors proved so technically difficult they were abandoned.

Despite these setbacks, successive British governments have continued reprocessing, always refusing to class plutonium as a waste, while still exploring ways of using it in some kind of new reactor. This is likely to remain the official position even after reprocessing ends in December.

The UK’s Nuclear Decommissioning Authority, the agency that runs Sellafield, faced by this indecision, continues to store the plutonium behind three barbed-wire barricades, guarded by the only armed civilian police force in the country.

One of the tricky political problems is that 23 tonnes of the plutonium is owned by Japan, which sent its spent fuel to be reprocessed at Sellafield but is unable to use the recycled material, which cannot be returned to Japan in its current state because of nuclear proliferation concerns.

The Bulletin of the Atomic Scientists has examined all the potential options suggested to put the 139 tonnes of plutonium to some useful peaceful purpose (in other words, to create energy), but concludes that none of them is viable.

It says: “The British government, the Nuclear Decommissioning Authority, and reactor operators in general should accept that separated plutonium is a burden, not a resource, and authority should again take a closer look at immobilisation options.”

Among the solutions that have been suggested is to mix the plutonium with ceramics to immobilise and stabilise it, so that it can be safely stored or disposed of, not used for weapons. The government has so far rejected that option. − Climate News Network