Halve the farmland, save nature, feed the world 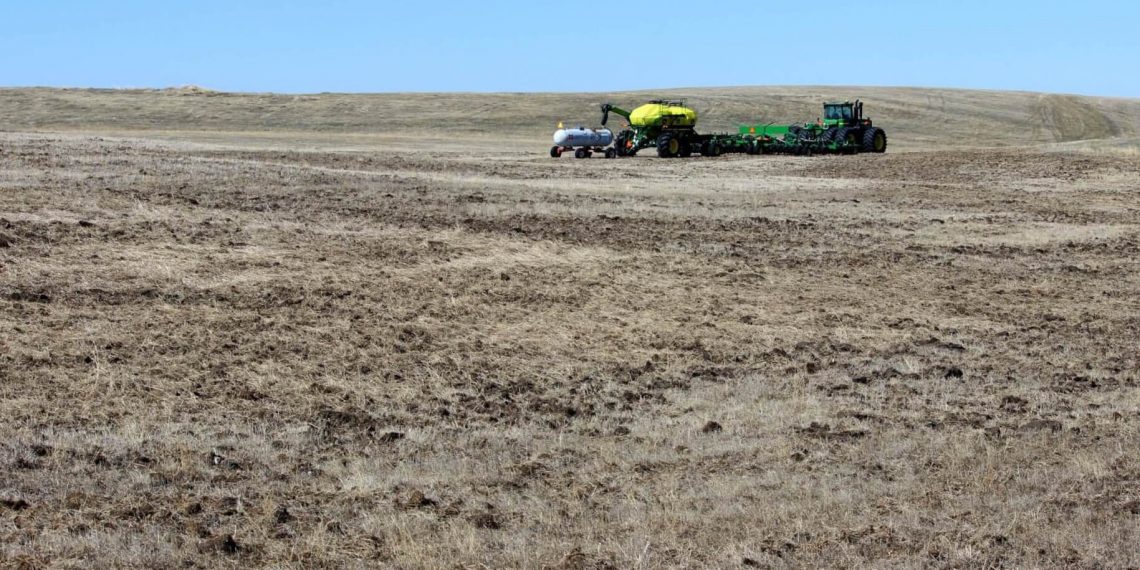 If we farm efficiently, scientists say, we can cut climate change, slow extinction and feed the world even as it asks for more.

LONDON, 21 April, 2020 – Forget about organic farming: get the best out of the best cropland, return the rest to nature and still feed the world. It could work, say researchers.

Once again, scientists have demonstrated that humans could restore roughly half the planet as a natural home for all the other wild things, while at the same time feeding a growing population and limiting climate change.

That doesn’t mean it will happen, or could be made to happen easily. But it does yet again address one of the enduring challenges of population growth and the potentially devastating loss of the biodiversity upon which all individual species – humans more than most – depend to survive.

The answer? Simply to farm more efficiently and more intensively, to maximise the yield from those tracts of land most suitable for crops, and let nature reclaim the no-longer so productive hectares.

Even more effective would be to release as much land as possible in those regions that ecologists and biologists like to call “biodiversity hotspots”, among them the forests where concentrations of species are at their peak.

European researchers argue, in a study in the journal Nature Sustainability, that as less land was cultivated, but more intensively, the greenhouse gas emissions from farming would be reduced: so too would water use.

“The main questions we wanted to address were how much cropland could be spared if attainable crop yields were achieved globally and crops were grown where they are most productive,” said Christian Folberth, a scientist with the International Institute for Applied Systems Analysis (IIASA) in Austria, who led the study.

“In addition, we wanted to determine what the implications would be for other factors related to the agricultural sector, including fertiliser and irrigation water requirements, greenhouse gas emissions, carbon sequestration potential, and wildlife habitat for threatened species.”

The problem is enormous, and enormously complex. Cropland farming alone – forget about methane from cattle and sheep – accounts for 5% of all greenhouse gas emissions from human activity. Worldwide, about 70% of all the freshwater taken from rivers and aquifers goes into irrigation.

Human populations continue to soar, while cities continue to expand  across the countryside. By the end of this century, there could be more than 9bn people to be fed.

Global heating driven by fossil fuel investment continues to increase, and this in turn threatens to diminish harvest yields across a wide range of crops, along with the nutritive value of the staples themselves.

At the same time, both climate change driven by global warming and the expansion of the cities and the surrounding farmlands continue to amplify the threat to natural habitats and the millions of species – many yet to be identified and named by science – that depend upon them.

And this in turn poses a threat to human economies and even human life: almost every resource – antibiotic medicines and drugs, food, waste disposal, fabrics, building materials and even fresh air and water – evolved in undisturbed ecosystems long before Homo sapiens arrived, and the services each element provides depend ultimately on the survival of those ecosystems.

So the challenge is to restore and return to nature around half the land humans already use, while at the same time feeding what could be an additional 2bn people, while reducing greenhouse gas emissions but still sustaining development in the poorest nations.

Dr Folberth and his colleagues from Slovakia, France, Belgium, Spain and the UK are not the first to argue that it can be done, and not just by changing the planetary lunch menu.

The scientists looked at the data for 16 major crop species around the world to calculate that at least in theory – with careful use of the right crops on the most suitable soils, and with high fertiliser use – about half of the present cropland now cultivated could still deliver the present output.

That is, the land humans occupy is not being managed efficiently. If it were, the other half could be returned to wilderness, and conserved as natural forest, grassland or wetland.

If humans then thought about how best to slow biodiversity loss, they would do almost as well by abandoning farmland in those places where there was the greatest concentration of wild things – tropical rain forests, estuary floodplains and mangrove swamps, for instance. And just returning 20% of farmland to nature everywhere else would still reduce human farmland use by 40%.

In return, fertiliser use would remain about the same, but greenhouse gas emissions and water use would fall, while more land would become free to sequester atmospheric carbon.

There would be costs – nitrogen pollution would go up in some places, and many rural farmers would become even poorer – so more thinking needs to be done. The point the European researchers want to make is that, in principle, it should be possible to feed people, abandon farmland to the natural world and reduce emissions all at the same time.

“It shows that cropland expansion is not inevitable and there is significant potential for improving present land use efficiency,” said Michael Obersteiner, another author, now at the Environmental Change Institute at Oxford.

“If the right policies are implemented, measures such as improved production technologies can be just as effective as demand-side measures like dietary changes. However, in all cases, such a process would need to be steered by policies to avoid unwanted outcomes.” – Climate News Network