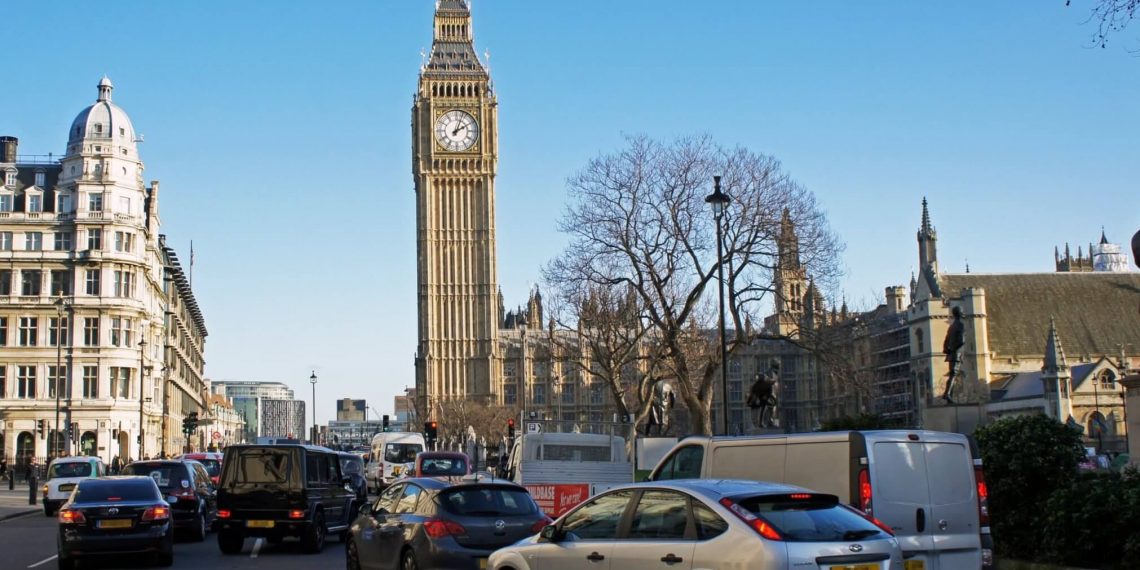 London is one part of the UK blighted by traffic pollution. Image: By Mariordo (Mario Roberto Durán Ortiz)

Scientists in the UK say they have found evidence suggesting air pollution levels in England are linked to Covid-19 severity.

LONDON, 21 April, 2020 − In research which could, if confirmed by further studies, have fundamental implications not only for health but also for the climate crisis, scientists at the University of Cambridge say they have found an association between living in parts of England with high levels of air pollution and Covid-19 severity.

Because of the urgent need to share information relating to the pandemic, the researchers say, they have decided to publish their report on medRxiv, the preprint server for health sciences, even though it has not yet been peer-reviewed. However, they say, this preliminary data is supported by that from other countries.

The initial symptoms of Covid-19 include fever, but do not always include breathing difficulties. But, the researchers point out, some patients do go on to develop very serious respiratory problems. Although most experience only mild illness, around a quarter of patients admitted to hospital need intensive care treatment because of viral pneumonia with respiratory complications.

Research suggests that this probably stems from an overactive immune response, they say − but it is not clear why some patients are at greater risk of severe disease.

Previous studies have suggested that people over the age of 60 or with underlying health conditions, including cardiovascular disease, diabetes, chronic respiratory disease and cancer, are at highest risk of severe disease or death.

Long-term exposure to air pollutants, including nitrogen oxides and ground-level ozone from car exhaust fumes or burning fossil fuels is a known risk factor for these health conditions.

Such pollutants can also cause a persistent inflammatory response and increase the risk of infection by viruses that target the respiratory tract.

In this study the researchers, from the Medical Research Council toxicology unit at Cambridge, report an association between certain air pollutants and Covid-19 in several parts of England.

They analysed the data on total Covid-19 cases and deaths, against the levels of three major air pollutants, collected during 2018 and 2019, when no Covid-19 case had been reported.

Their study used publicly available data from seven regions in England, where a minimum of 2,000 coronavirus infections and 200 deaths have been reported from from February to 8 April 2020.

The largest number of Covid deaths in England has been recorded across London and the Midlands; previous studies have shown that the annual average of nitrogen dioxide concentrations are largest in these two regions, both of which have heavy levels of traffic and industrial concentrations.

When the team compared the annual average of daily nitrogen oxide and nitrogen dioxide levels to the total number of Covid-19 cases in each region, they found a positive correlation – in other words, the higher the pollutant levels, the greater the number of cases and deaths.

“This highlights the importance of reducing air pollution for the protection of human health, both in relation to the Covid-19 pandemic and beyond”

Both pollutants result from a chemical reaction between nitrogen and oxygen during the combustion of fossil fuels, and so they represent a significant source of air pollution in areas with high road traffic.

Marco Travaglio, a PhD student at the MRC Toxicology Unit, said: “Our results provide the first evidence that SARS-CoV-2 case fatality is associated with increased nitrogen oxide and nitrogen dioxide levels in England.

“London, the Midlands and the northwest [of England] show the largest concentration of these air pollutants, with southern regions displaying the lowest levels in the country, and the number of Covid-19 deaths follows a similar trend.”

The team found a negative association between ambient ground levels of ozone and the number of Covid-19 cases and deaths in each region – in other words, reduced ozone levels are associated with a greater number of cases and deaths.

Ozone is a secondary by-product of traffic-related air pollution and is generated through sunlight-driven reactions between motor-vehicle emissions and volatile organic compounds. The lowest levels of ozone were found in highly urbanised regions, such as London or the Midlands.

This is likely to be due to the highly reactive nature of ozone, which results in the gas being converted to other chemicals, a phenomenon previously reported for areas of heavy traffic.

Dr Miguel Martins, senior author of the study, said: “Our study adds to growing evidence from northern Italy and the USA that high levels of air pollution are linked to deadlier cases of Covid-19.

“This is something we saw during the previous SARS outbreak back in 2003, where long-term exposure to air pollutants had a detrimental effect on the prognosis of SARS patients in China.

“This highlights the importance of reducing air pollution for the protection of human health, both in relation to the Covid-19 pandemic and beyond.”

The researchers say their findings show only a correlation, and that further research is needed to confirm that air pollution makes Covid-19 worse.

So their research is suitably tentative and will rightly be treated with caution by other scientists. It does however pose a range of questions, which include:

•what can be done to protect children, the elderly and other specially vulnerable people?

•what further protection is available for everyone who lives in areas with toxic air?

•what are the implications for climate and energy policy?

•what are the geopolitical implications of the suggested Covid-19/air pollution association?

Few of these preliminary questions are likely to receive an immediate answer. − Climate News Network