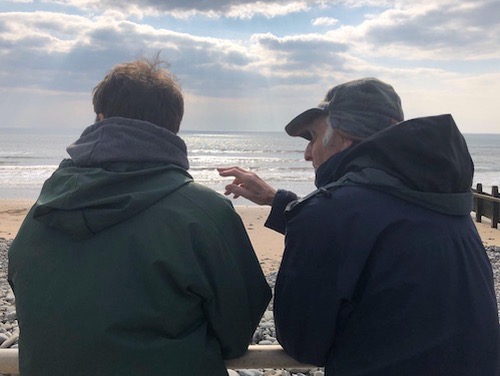 Sir John Houghton, a Welsh physicist and climate researcher who helped convince then-British prime minister Margaret Thatcher that climate change is real, caused by human activity, and in need of a response, died last week of suspected COVID-19 at age 88.

Houghton served with the Intergovernmental Panel on Climate Change (IPCC) from 1988 to 2002, chaired its first three assessment reports, and was one of the scientists who accepted the Nobel Peace Prize on the IPCC’s behalf, E&E News reports.

“As chair of the early assessment reports, Houghton was responsible for putting important findings into words, including the 1995 assessment’s summary for policy-makers that outlined how human emissions were influencing the global climate,” E&E writes. “The 2001 assessment’s summary went further, pointing to ‘new and stronger evidence that most of the warming observed over the last 50 years is attributable to human activities’.”

“John played a very key role in thinking through, how far could we go in making that sort of statement?” said Sir Robert Watson, IPCC chair between 1997 and 2002. “He was always quite rigorous on making sure that we didn’t understate what we knew, nor overstate what we knew.”

Watson said that reputation for integrity stood Houghton in good stead in his interactions with British policy-makers, up to and including Thatcher. Houghton was also a devout Christian and evangelical lay preacher who “persuaded American evangelical Richard Cizik that climate change should be part of the Christian political agenda,” E&E adds, prompting an eventual “backlash by evangelicals who disputed climate science.”

“He faced a lifetime of lobbyists and corporations trying to undermine his work, question his motives, and distract from evidence,” tweeted his granddaughter Hannah Malcolm, herself a specialist in the theology of climate and ecological grief.

“When I was younger, my consistent memory of him was warnings over the devastation waiting us if we didn’t act on climate change,” she added. “And I remember thinking how glad I was that scientists like him were in charge. But of course, it isn’t the scientists in charge.”

Houghton was “a giant in the field of climate science who fought the good fight until the end,” climate scientist Katharine Hayhoe told E&E News, adding that Houghton’s writing helped influence her decision to pursue her own career in climate science. “Like me, Sir John was motivated by his Christian faith to sound the alarm on climate risks and advocate for climate action.”