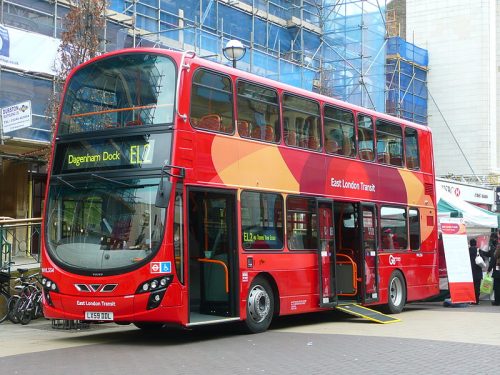 “We are perfectly placed to seize the economic opportunities that being in the vanguard of this change presents. The faster we act, the greater the benefits,” Shapps wrote, adding that getting people out of their cars will improve public health and quality of life.

Describing the report as “absolutely amazing,” veteran cycling campaigner Roger Geffen said, “This makes Grant Shapps the first government minister in the UK to talk about traffic reduction since John Prescott tried (and failed) to achieve this aim in the late 1990s.”

The policy document is not beyond reproach, however. BBC notes that the foreword “appears to suggest that aviation emissions can be solved through technology,” a notion that is “strongly contested by aviation pollution experts.”

Former Commons Transport Chair Lilian Greenwood also expressed considerable surprise and delight over the report—though she cautioned that it remains to be proven if rhetoric and reality will line up.

“It’s great if the first choice is to be public transport and active transport—but that does mean the government has to change radically investment,” she said.

Meanwhile, The Guardian writes that the UK has been decidedly lethargic in responding to pleas from citizens to close roads to cars and open them to foot and cycle traffic as the coronavirus pandemic drives down vehicle use. While many cities throughout the Americas and in Europe have closed significant swaths to vehicles so that citizens may stretch their legs without imperiling their lives, London officials are, as yet, dithering.

While traffic in London has “dropped by 63% on main roads,” according to Will Norman, the city’s walking and cycling commissioner, “emergency bike routes on the city’s arterial roads would not protect cyclists without complex junction improvements, which would require construction workers to travel during lockdown,” The Guardian reports.