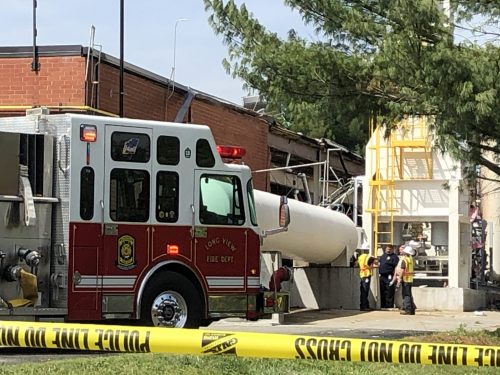 A recent, massive explosion at a OneH2 hydrogen fuel cell plant in Long View, North Carolina has left the facility’s 44 employees shaken, but unscathed and 60 homes damaged, one of them beyond repair.

The factory is the only hydrogen fuel cell plant on the East Coast of the U.S.

A spokesperson for the state firefighters who attended the April 7 incident said the lack of injuries among the workers was “amazing,” given that the blast was felt “miles away from where it happened,” writes Hydrogen Fuel News.

Vice News cites a OneH2 press announcement released at the time of the plant’s grand opening in March 2019, in which the company explained that “the stage one project based in Longview, NC, will provide zero-emission fuel to about 1,000 industrial trucks [forklifts and semis] throughout the Carolinas, Tennessee, and Georgia.”

An investigation into the cause of the explosion is under way.