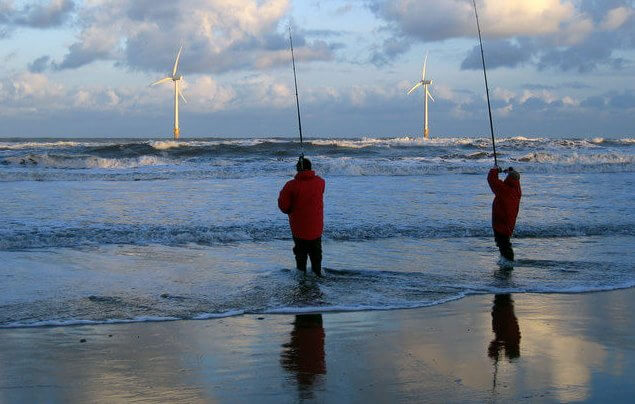 LONDON, 15 April, 2020 − Generating electricity from offshore wind looks like an idea whose time has come, with the emerging technology set to grow at extraordinary speed in the next decade. But despite its great potential, deployment may still not be fast enough to avert the climate crisis.

The prospect that offshore wind energy will grow from 22 Gigawatts (GW) in 2018 to 177 GW by 2030 is based on predictions from the industry that makes and installs the turbines, with manufacturers taking orders from 12 major markets across the globe. The International Energy Agency has said it expects the sector to become a $1 trillion industry within 20 years.

Bloomberg New Energy Finance (BNEF) says there is a staggering compound annual growth rate of 19% in offshore wind − faster than any other industry on the planet.

One GW is reckoned to be enough to provide electricity to 500,000 North American homes, so offshore wind will provide enough power for many a coastal city. New offshore turbines currently being developed in Europe are extremely large, generating as much as 10 MW each.

Because of their height and their marine locations, these giant turbines can tap winds that blow at constant speeds. There is almost always some breeze at sea, so their power supply is far more reliable and predictable than smaller installations can manage.

“Based upon the current forecasts, it would take around 100 years to build enough offshore wind to decarbonise Europe. We don’t have 100 years”

One reason for the renewed interest in offshore technology is that its cost has dropped dramatically. This is partly because of the increased size and improved design of the latest turbines, but also because of the growing experience in building them, both standing in shallow seas and as floating turbines anchored to the sea bottom by cables.

Until now, to encourage offshore wind, governments have guaranteed a price for the electricity produced, but the cost of generation has been falling fast. China expects to remove all subsidies by 2022, in the belief that offshore wind will by then be successfully competing with fossil fuels.

One significant feature of recent developments is that much of the installation expertise is the same as that used in the offshore oil industry. This has given Europe a head start because the North Sea oil industry is in decline and places like Aberdeen, the UK’s offshore oil capital, are repositioning themselves as offshore wind hubs instead.

The bullish predictions for offshore wind were compiled from information provided at a conference, Offshore and Floating Wind Europe 2019, where all the world’s major offshore wind contractors were represented, and are summarised in a conference report published by Reuters Events – New Energy Update.

The report predicts that while currently the UK has the most extensive offshore wind installations in the world, China, which is fast catching up, will overtake it before 2030. Currently the US, which so far has just one 5-turbine, 30-MW wind farm, off the coast of Rhode Island, is expected to install new turbines in 2021 and to be in third place by 2030. Six states on the US eastern seaboard have found potential sites and are pushing forward developments.

In western Europe Germany, Belgium, the Netherlands and Denmark already have established industries and plan more turbines. Both France, which has an extensive windy coastline, and Ireland, with enormous potential, have impressive ambitions for offshore wind, along with several other European countries.

In eastern Europe Poland, currently heavily reliant on coal for its electricity, is expected to take advantage of its coastline on the shallow Baltic Sea to diversify into offshore wind.

But it is in Asia that the largest market is expected to develop. China is already investing heavily, but Taiwan, Japan, South Korea, Vietnam and India all have ambitious programmes too.

The US, despite President Trump’s reluctance to take any action on climate change, is seen as a very large potential market. While Texas and California have been taking advantage of cheap onshore wind and solar power, it is the wealthy states on the eastern seaboard that are going for offshore wind. Many have most of their population on the coast. Cities like New York have ambitious targets to reach zero emissions and see offshore wind as vital to achieving that.

These predictions of enormous growth, though, are still not enough to solve the problem of keeping the world temperature to below 1.5°C, which governments around the world have agreed is their ambition.

The executive chairman of Mainstream Renewable Power, a global wind and solar power developer, is Eddie O’Connor. He says: “As an industry, we are not nearly ambitious enough to deal with global warming.

“If we are going to decarbonise in Europe, for instance, we need to build 900,000 MW (900 GW) offshore. Based upon the current forecasts, it would take around 100 years to build enough offshore wind to decarbonise Europe. We don’t have 100 years.”

With the current Covid-19 pandemic, it is not clear how much even the predicted developments will be slowed down, let alone the 10-fold increase on current projections that Mr O’Connor thinks is necessary to reach climate targets.

Another European offshore wind conference, due to be held in London in November this year, should hear an update on industry developments, if it takes place. By then it may also be clearer how the pandemic has affected the oil industry (see WindEurope’s COVID-19 Wind Information Hub).

Possibly even more oil executives may think that offshore wind is a more attractive proposition than investing more capital in their own dying industry. It presents European oil companies with an opportunity to redeploy some experienced workers, particularly as in the last few months some oil majors have already spoken of their intention to take climate change seriously. − Climate News Network

Banned CFCs Still in Use, Affecting Climate and Ozone Layer