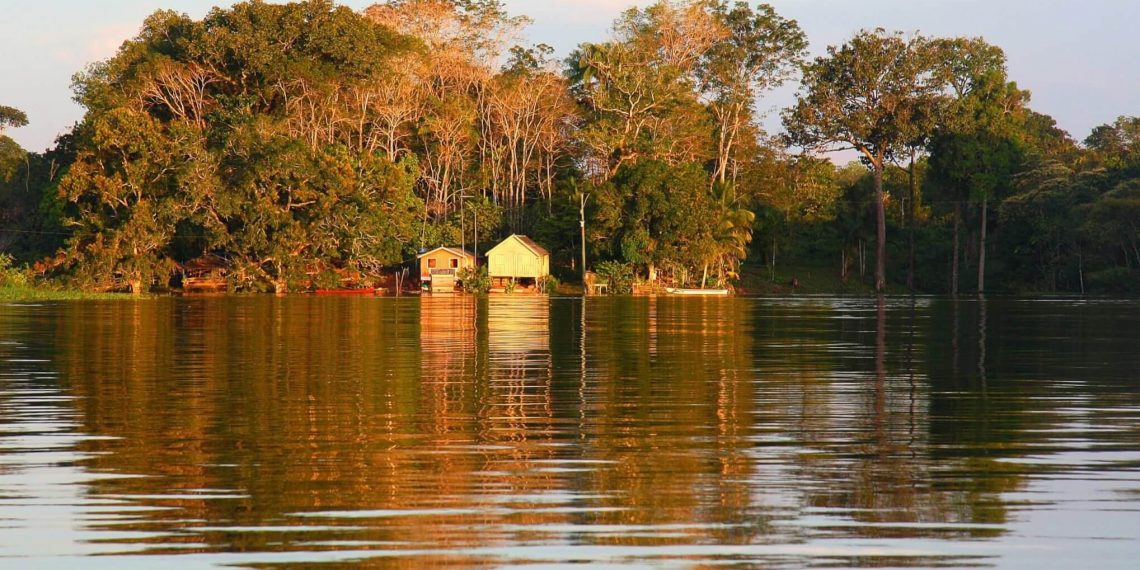 Human inroads into tropical forests stretch far beyond oil plantations or the edge of cattle ranches and are a wider threat to conservation.

LONDON, 7 April, 2020 – Tropical forests are vital in the campaign to limit global heating. Here’s how to blunt them as a force – just put a clearing, or a plantation, a road or a ranch in the pristine wilderness. And then, as absorbers of atmospheric carbon, the trees up to 100 metres deep into the jungle will lose their edge.

Along that 100 metre width, the canopy height, leaf mass and phosphorus levels per square metre will begin to change. All three are measures of a tree’s capacity to grow vigorously and store carbon.

Researchers call this the edge effect. It matters. The world now has 1.2bn hectares of remaining tropical forest. This is an area far bigger than Canada.

But invasion of what, just one lifetime ago, were still unmapped wildernesses is now so aggressive that almost one fifth of the area of the world’s tropical forest is within 100 metres of a non-forest edge.

And about half of all the forest is within 500 metres of a ranch, road, settlement or plantation.

Scientists from the US report in the Proceedings of the National Academy of Sciences that they mapped change in the forests of Malaysian Borneo, looking closely at the sites where forest and commercial palm oil plantation co-exist.

They report that the levels of carbon stored “above ground” – that is, in the trunk and canopy – fell by an average of 22% along the forest edges, to a depth of 100 metres. The older this forest edge, the greater the fall in stored carbon.

There are already reports that degradation of the rainforest in the Amazon and Congo, amplified by the impact of climate change in the form of extreme heat and drought, is so advanced that within a decade or two these forests could cease to be “sinks” for atmospheric carbon, and instead start adding to the world’s burden of greenhouse gases that threaten to accelerate climate change, with potentially catastrophic consequences.

The world’s forests are vital in the global plans to contain or limit climate change driven by profligate combustion of fossil fuels that release carbon dioxide and other greenhouse gases.

Research has repeatedly confirmed that undisturbed forest is an efficient absorber and permanent store of atmospheric carbon and that almost any human transgression could damage the capacity of the rainforest to absorb carbon.

And yet all the signs are ominous: humans will go on making inroads into natural wilderness, in the most literal sense: by 2050, there could be 25 million km new road lanes, most of them in the developing world, to carry timber trucks, livestock and minerals through the world’s forests.

There is an argument that “smart” roads can limit the damage to the environment and society caused by indiscriminate engineering: one group advocating this approach is the Centre for Tropical Environmental and Sustainability Science (TESS), based at James Cook University in Australia.

But the threat to the remaining forests is now so pronounced that many researchers simply point out, in the kind of understatement that comes naturally to scientists, that such changes have “far-reaching implications” for the conservation of forest biodiversity and carbon stocks.

They see their research as a potential guide to government and local authorities on the management of the remaining wild woodland.

“Not all forest-agriculture boundaries are created equal, and most remaining forests change for many years following the original land conversion that takes place nearby,” said Greg Asner of Arizona State University, one of the researchers.

“The importance of this discovery trickles all the way down to how conservation managers work to mitigate biodiversity losses associated with agricultural expansion.” – Climate News Network

Direct virus lessons we can learn as we go