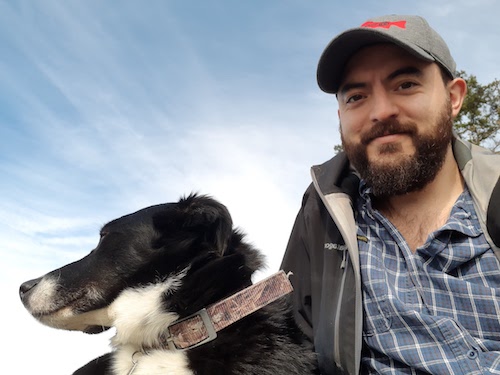 Kai Nagata is Communications Director at Dogwood in British Columbia. Since the pandemic began, he’s been pointing out that every dollar spent on the government-owned Trans Mountain pipeline is a dollar diverted from pandemic response—and that in any health emergency, none of us is safe unless all of us are safe.

The Energy Mix: What’s been different about Dogwood’s work since the pandemic began?

Nagata: We’ve been fighting the Trans Mountain pipeline and oil tanker expansion for many years. Right now, we’re not doing a lot differently, because we’re facing the imminent threat of construction in British Columbia, and unlike most other major oil and gas projects, this one is 100% publicly funded. That means every dollar the government spends on Trans Mountain construction is a dollar that’s not available for pandemic response and recovery. So we see a direct relationship between the government’s decisions on Tran Mountain and their capacity to resource the fight against COVID-19.

Last week we launched a joint action with Leadnow called Save Lives, Not Pipelines. We’ve already had more than 20,000 people send letters to cabinet ministers, and we were on the phones last week directing calls to the finance ministry’s voicemails. We’re using the tools we have available to continue connecting people to decision-makers, because these decisions have a huge domino effect.

We’re waiting for details of the oil and gas bailout, and if the government is planning to open the vault and use federal funds to bail out oil and gas workers, we would 100% support that. Through the Green New Deal, we’ve already been saying that we need to invest in paying people to retrain, to clean up abandoned wells, and if the oil and gas bill includes those measures, it’ll be long overdue.

But if the money goes to shareholders and CEOs, if it ends up in the offshore account of the guy who owns the Calgary Flames [Murray Edwards, co-founder of Canadian Natural Resources Ltd.], it’ll be a real opportunity lost. That points to a role for climate groups, and civil society more generally, to shape the government’s agenda and make sure they don’t lock us into the longer crisis we’ll be facing at the same time as COVID, and for many years afterwards

The Mix: We’re also hearing that this is a time when people’s emotional “buckets” are empty, and everyone is focused on the pandemic. Your experience suggests that different groups and different audiences are in different places…just as they were before the coronavirus.

Nagata: This works if people are at home, if there’s a captive audience of people who can’t go to work, or who are supporting the fight against the pandemic by staying home. Those folks do have some bandwidth to read and follow the news and watch videos and listen to podcasts and send emails to Cabinet ministers. There’s an audience of people who aren’t totally overwhelmed by grief or dread. We’re under no illusions about these being the early days, and that may change as the crisis gets worse. But for the time being, most people are not on the front lines, and yet they’re sitting at home watching the assumptions that have been baked into liberal western democracy for the last many years being upended daily. Things are shifting really quickly, and people are interested in politics and in what their decision-makers are up to.

In the last few days we’ve seen an enormous number of changes that can make our society a better and more compassionate place if they’re made permanent. Things like a massive expansion of unemployment benefits, a safe drug supply, flexibility and leniency on rent and mortgage payments. We were told those changes were impossible, right up until the moment when the pandemic forced them into being. There’s a lot more the government can do, but what we’ve seen is that we can act really fast in a crisis.

The government has almost unlimited resources to draw on, and Cabinet decisions can quickly alleviate financial hardship and suffering for millions of people overnight. Other people have made this observation, but if they apply the same urgency to the climate crisis, we’ve now proven that it’s possible for governments to spend massively on programs and projects for the public good. And that opens the door to a pandemic recovery plan that simultaneously gets our economy back up and running, gets people back to work, attacks our emissions, and increases our resilience to the other big, looming crisis of climate change.

The Mix: What are the best ways for climate organizations to connect with wider community concerns in this time and draw the links between the two crises?

Nagata: This is not about bending the situation to fit our own pre-existing agenda in a world where everything has changed. People do need to take a hard look at their strategy and plan and see how much it offers relief from the current circumstances. There’s a lot of in-person work and relationship-building that we can’t do anymore, and I know that’s been really disappointing for the youth climate strikers who’ve built such massive momentum through peer-to-peer mobilization.

But new tools and opportunities will keep opening up, and climate groups are uniquely positioned to help safeguard public health and steer public finances toward the outcomes that are best for the largest number of Canadians. We have big lists, digital communications infrastructure, and a lot of leaders who are trusted by the public, and we have a role to play in supporting the messages of public health officials.

If you’re dedicated to justice and public health and well-being and democracy, there’s a role for any group to play in helping people understand the importance of collective action for the greater good. Right now, it’s in the public health context. Very soon, we’re going to have to come to terms with the overlapping crises that are currently in the background waiting to emerge. We can help connect the dots between the threats we face and the decisions our leaders make every day.

The Mix: You’re describing some assets at our disposal that can help public health get a complementary message out.

Nagata: Right now, public health officials have a huge audience on mainstream media, particularly broadcast. People are glued to their televisions twice a day. They’re structuring their days around these updates. The ASL interpreter for [B.C. Provincial Health Officer] Bonnie Henry, Nigel, has a fan page. So they can substitute for grassroot list-building and digital communications.

But the nature of broadcast is, it’s ephemeral. So how do they connect with large audiences after the peak of the crisis has passed? Climate groups and other grassroot organizations have big audiences, and there are at least two issues we have in common. One is health impacts in the fly-in work camps, of which we have many in B.C., where these big projects fly in 600 or 1,000 workers from all over Canada to live in cramped conditions in host communities that are woefully unprepared for the crisis. People have been raising concerns about the public health impact of the so-called man camps for years, and in this context, they’re also the perfect vectors for viral disease.

And longer-term, those same public health officials need to weigh in on the health impacts of climate change. There are some doctors who are ahead of the curve in talking about the determinants of health and how climate change erodes almost every single one of them. There are communities that are particularly vulnerable both to COVID and to the impacts of the climate crisis, and it just so happens that they’re the same people, because they’re the same risk factors: inadequate housing, lack of clean water, underlying health conditions, overcrowding, poverty.

The public health response to COVID shows that none of us is safe if the most vulnerable people in our society are not taken care of. Even if we can personally sequester ourselves away from the virus, the economic impact and the overwhelm of our health care system will have effects for every single Canadian if we cannot flatten the curve among the country’s most vulnerable populations.

Chief Public Health Officer Theresa Tam has it right: None of us is safe unless all of us are safe. That logic can be extended to the climate crisis, as well, and it forces us to think about a compassionate, government-led response as a basic survival strategy for our broader society.