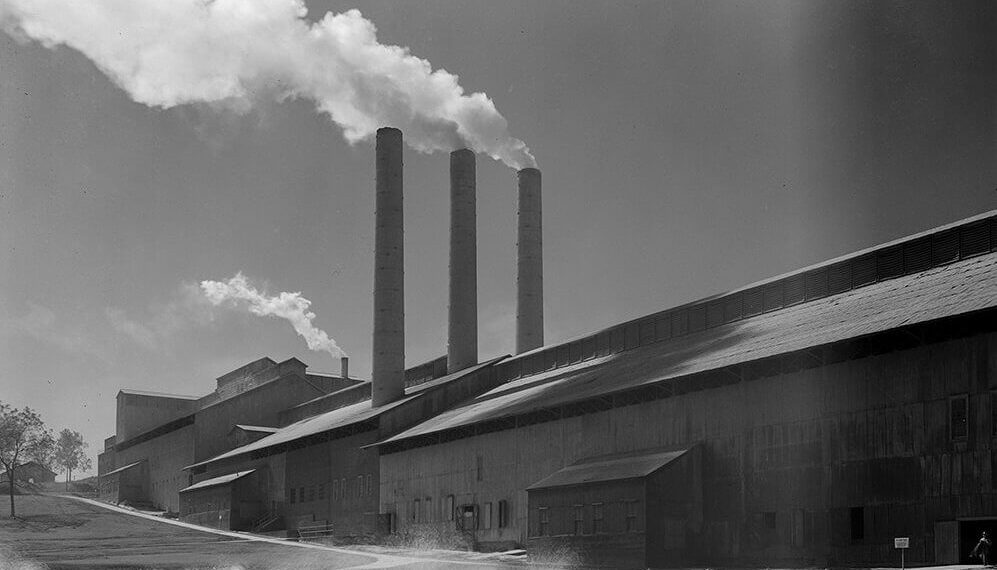 Cement plant in Texas: The concrete industry accounts for about 8% of all greenhouse gases. Image: No known copyright restrictions

Human economies still depend on hydrocarbon fuels. But there are ways to achieve a coal exit, cut emissions and protect health.

LONDON, 30 March, 2020 − A fast coal exit and a switch away from all fossil fuels will offer multiple global benefits. In almost all circumstances, electric cars will be more climate-friendly than petrol-driven machines, even when that electricity is generated by coal combustion.

And nations that so far rely on coal will save substantially on health costs and environmental damage if they close the pits and convert to renewable energy.

The making and use of concrete – a big source of greenhouse gas emissions into the atmosphere – remains an obdurate source of global warming. But even so there are ways to cut the climate and health damage costs of cement and mortar by more than 40%.

Each of these three studies is a reminder that there is for the moment no way to stop all carbon emissions in human economies. But each also confirms that a switch away from fossil fuels continues to make economic sense.

Almost one fourth of all the fossil fuel combustion emissions that threaten a climate crisis come from passenger road transport and household heating. It takes energy to manufacture an electric car, or a heat pump, and it takes energy to generate the electricity to make them function.

Dutch and British researchers report in the journal Nature Sustainability that they considered the challenge in 59 regions of the globe and found that in 53 of their studies the switch to electric meant a clear reduction in climate-damaging emissions.

By 2050, half of all cars on the road could be electric. This would cut global emissions by up to 1.5 billion tonnes of carbon dioxide a year. This is about what Russia puts into the atmosphere now.

The switch from homes heated by gas, coal or oil to electric pumps could save 800 million tonnes. This is about the same as Germany’s current greenhouse gas emissions.

Lifetime emissions from electric cars in Sweden and France − which already get most of their electricity from renewables or nuclear power − would be up to 70% lower than from petrol-driven cars, and 30% lower in the UK.

“The answer is clear: to reduce carbon emissions, we should choose electric cars and household heat pumps over fossil-fuel alternatives,” said Florian Knobloch, of Radboud University in the Netherlands and Cambridge in the UK.

“In other words, the idea that electric vehicles or electric heat pumps could increase emissions is a myth. We’ve seen a lot of discussion of this recently, with lots of disinformation going around. Here is a definitive study that can dispel those myths.”

The 53 regions in the study represent 95% of world transport and heating demand. The scientists took into account energy use from the production chain at the beginning of a car’s or a heating system’s life, and the waste processing at the end, to find that the only exceptions were in places like Poland, which is still heavily dependent on coal.

“We decided to comprehensively test the case for a global coal exit: does it add up, economically speaking? The short answer is: yes, by far”

In 2015, the world’s nations agreed at an historic Paris meeting to attempt to limit average planetary warming to “well below” 2°C by the century’s end. Right now, by 2100 global temperatures could rise by a catastrophic 3°C.

A new study in Nature Climate Change confirms that to get to the 2°C target it doesn’t just make climate sense to shut the mines and close down the coal-burning power stations: it would save money as well, just in terms of reducing the health hazards associated with pollution and the damage to ecosystems and the loss of wildlife.

“We’re well into the 21st century now and still rely heavily on burning coal, making it one of the biggest threats to our climate, our health and our environment.

“That’s why we decided to comprehensively test the case for a global coal exit: does it add up, economically speaking? The short answer is: yes, by far,” said Sebastian Rauner of the Potsdam Institute for Climate Impact Research, who led the study.

And his colleague Gunnar Luderer added: “Benefits from reduced health and ecosystem impacts clearly overcompensate the direct economic costs of a coal exit – they amount to a net saving of about 1.5% of global economic output by 2050. That is, $370 (£300) for every human on Earth in 2050.”

Around 8% of all greenhouse gases come from the concrete industry: it too is a source of air pollution and environmental destruction. Cement has to be baked from stone, and aggregate has to be gathered, hauled and brought to building sites, and the two have to be mixed.

US researchers report in Nature Climate Change that they quantified the costs in terms of climate, death and illness from the industry and arrived at damages of about $335bn a year.

They looked at ways of cleaner combustion in kiln fuel, the more efficient use of mineral additions that might replace cement, and the applications of clean energy: all of them available now.

Methods to capture and store carbon emissions from the process are not yet ready: these could reduce climate damage costs by 50% to 65%.

If manufacturers used a fuel that burned more efficiently, they could reduce health damages by 14%. A mix of already available methods could, together, reduce climate and health damage by 44%.

“There is a high emissions burden associated with the production of concrete because there is so much demand for it,” said Sabbie Miller of the University of California Davis, who led the study.

“We clearly care a great deal about greenhouse gas emissions. But we haven’t paid as much attention to health burdens, which are also driven in large part by this demand.” − Climate News Network