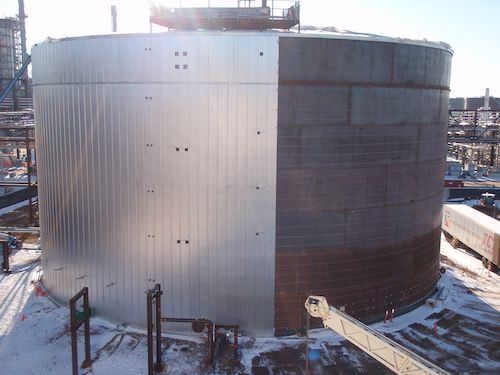 Shell Canada is postponing what the Calgary Herald describes as “crucial maintenance” on its Scotford tar sands/oil sands upgrader in Fort Saskatchewan, Alberta, to minimize transmission of the coronavirus.

The company had paused pre-work at the site two weeks ago, said spokesperson Conal MacMillan. “Our decision to delay the turnaround stems from that deep sense of care for our Shell employees and the contractors who support us, as well as the health and well-being of everyone who works at Scotford,” he added.

The Calgary Herald says the Scotford facility, located about 50 kilometres northeast of Edmonton, has about 1,300 employees, but “non-critical” staff have been asked to work from home. MacMillan said the maintenance work on the upgrader would have brought more specialized contractors onto the site.

The news comes at a time when Fort McMurray and surrounding communities are worried about their vulnerability to COVID-19 with tens of thousands of tar sands/oil sands workers passing through. During a virtual city council meeting last week, Mayor Don Scott proposed a series of “aggressive measures” to counter the pandemic, including a stay-home order for residents, the Globe and Mail reports. But councillors voted against debating the motion.

“I’d rather be accused of doing too much than too little,” Scott told the Globe Wednesday. “This is the time to act decisively.”

Scott “has long been critical of industry work camps, saying they are not conducive to building a ‘sustainable community’,” the Globe writes. “The mayor said he’s pleased industry is taking rigid measures against the virus, but his motion called for assurances that camps are only allowing essential workers.” With one case confirmed so far in the Regional Municipality of Wood Buffalo, “Scott said he’s worried about outside workers bringing more cases into the region, ‘and then the hospital and the local community is the one that has to react to it’.”

The region’s emergency management director, Scott Davis, said the hospital is well prepared. “I haven’t heard anything of concern from them whatsoever,” he told the Globe. “My understanding is they’re coping well.”

He added that a total shutdown for the man camps is not an option. “They do provide critical employment in northern Alberta,” he said, and “oil is a critical need.”

The Globe says Wood Buffalo’s 2018 census showed the “shadow population” in the man camps accounted for almost 37,000 out of the region’s nearly 112,000 residents.