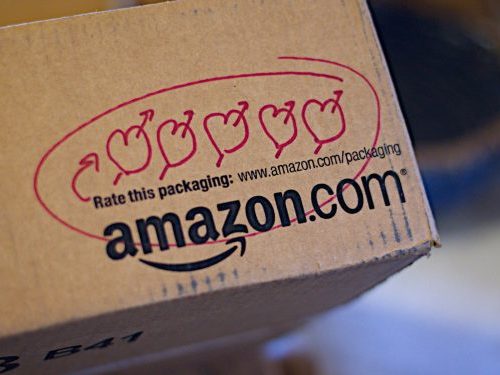 While e-commerce heavyweights like Amazon generate lower greenhouse gas emissions than traditional bricks-and-mortar shops, online shopping is still producing massive amounts of local pollution, according to a recent report. That in turn is driving higher levels of asthma and other lung diseases—a particularly frightening health risk as COVID-19 continues to spread.

“Large online retailers in the U.S. produce 17% fewer greenhouse gas emissions than traditional stores,” writes Bloomberg Green, reporting on new findings from Generation Investment Management LLP, a sustainable fund management firm co-established by former U.S. Vice President Al Gore. But the study also found that such carbon efficiency is typically measurable “only with businesses operating on a global scale”—such as Amazon and Walmart—because “smaller online companies can be even more emissions-intensive than the traditional shops, particularly if their warehousing isn’t energy efficient.”

Past studies have also found that overnight or same-day delivery from companies like Amazon more than wipe out the emissions advantage over bricks-and-mortar retail. “There are several factors, not least scale, timing, and customer behaviour, that can tip the scales in the other direction,” Generation Investment Management partner Nick Kukrika told Bloomberg.

And COVID-19 is accelerating this transition at whiplash speed, as apprehensive consumers turn to the web for essentials, up to and including groceries.

Retailers are taking some action, however. Bloomberg notes that both bricks-and-mortar and web-based retail giants around the world “have already made commitments on climate change,” with the United Kingdom’s largest grocers, J. Sainsbury and Tesco, pledging to hit net-zero emissions by 2040 and 2050, respectively. Across the pond, Walmart has promised to “source 50% of its energy needs from renewable sources by 2025,” while Amazon has pledged net-zero by 2040. (Though the reaction has not been unanimously positive.)

But meanwhile, the global pandemic is putting the hundreds of thousands of workers at Amazon’s 175 global fulfilment centres in immediate peril. This danger needs to be addressed right now, writes Grist.

While the unemployed and those “hoping for speedier delivery of essential goods” may welcome the news that Amazon will be hiring 100,000 new warehouse and delivery workers across the U.S. to handle the pandemic-driven surge in online shopping, “some in California’s Inland Empire—a warehouse and logistics hub where Amazon expects to add about 4,000 of those jobs—are concerned that vulnerable communities in their neighbourhoods will suffer as the industry executes a massive speedup,” reports Grist.

“Ranked the worst in the nation for ozone pollution” and “plagued by some of the highest poverty rates,” the Inland Empire will fare very badly should the novel coronavirus arrive in earnest. The impacts of poverty and compromised immune systems already endemic in its residents make it highly likely that any outbreak will be “exceptionally deadly”.

“We know that once [the novel coronavirus] does take hold here, it has the potential to be really, really bad because “the damage has already been done in our communities,” Anthony Victoria Midence, communications director at the Center for Community Action and Environmental Justice (CCAEJ), told Grist.

Residents are fighting back, however. Andrés García, a life-long asthma sufferer and former Amazon employee, is part of an ongoing protest against a proposed airport logistics centre “that, according to an environmental assessment, would generate one ton of toxic air pollution daily,” writes Grist. The proposed tenant, according to rumour? No less than Amazon itself.

“As Amazon prepares to add staff and increase activity across the country and in the Inland Empire, Garcia says, the company can take steps to mitigate issues like pollution and protect the health and well-being of workers,” writes Grist. The protesters are insisting on a substantial give-and-take, with Garcia stating that “it should go forward only on the condition that Amazon agrees to a guaranteed set of benefits and working conditions for employees as well as a requirement that it use zero-emission electric trucks.”

To date, workers have tested positive for COVID-19 at more than 10 Amazon fulfillment centres across the United States, suggesting that the company’s immediate response to the pandemic is leaving much to be desired. “Workers in multiple states say Amazon is not doing enough to protect their health and that of their families,” writes Wired. “They say they are scared, that they are not getting information they need.”

One Amazon worker at a Michigan warehouse found out that a co-worker had tested positive “through the grapevine, not via the company itself,” according to the Wired report.

“I actually resigned, because two of my children and myself have asthma, and it’s not worth it right now to work there,” the worker told the magazine. “Our health comes first, not packages.”