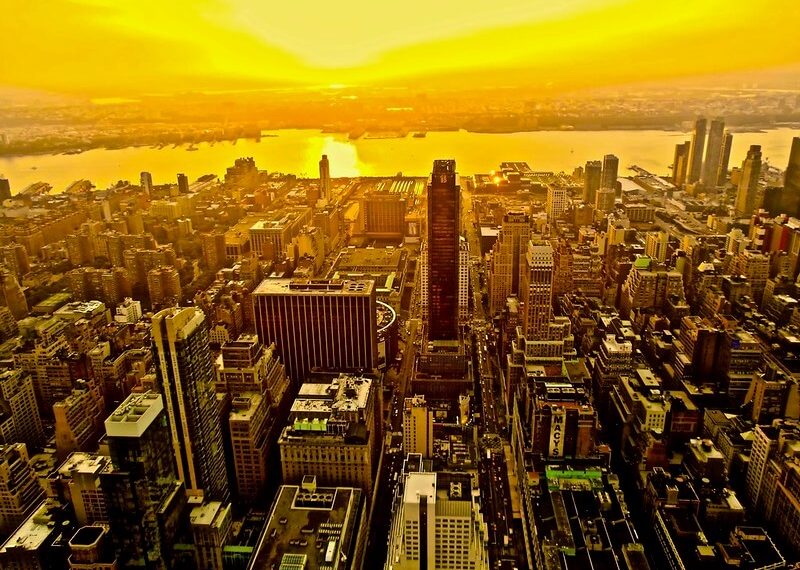 The hottest summer days in a typical New York City year are now about 11 times more frequent than in the 19th century. Image: Andreas Komodromos via Flickr

Summer on much of the planet could get too hot for comfort by the end of the century, with more than a billion people seriously affected by extreme heat.

LONDON, 20 March, 2020 – As many as 1.2 billion people could be at risk of serious medical stress by the year 2100 simply on the basis of the extreme summer temperatures forecast if greenhouse gas emissions continue to rise, according to new research.

The finding is, in essence, a confirmation of earlier studies: researchers looked closely at the threat to health and, indeed, to life in a globally-heating world have already made a calculation that “more than a billion” could be at risk not just from soaring summer temperatures over longer periods, but also from heightened humidity.

One study found that heat extremes can kill in up to 27 different ways. And lethal heat waves in Europe in 2003, Russia in 2010 and Australia in 2012/2013 have confirmed this in the most unwelcome way possible.

But a study published in Environmental Research Letters journal takes a simple statistical approach to this increasingly urgent question and settles on a notional temperature that factors in not just how high the mercury rises but also how much water vapour might be in the air.

This is known to meteorologists as a “wet bulb” temperature. And the consensus is that, for fit, healthy, acclimatised people, a wet bulb temperature of 33°C is about the limit of tolerance – putting the very young, the very old, and the already ill at risk.

Humans can survive much higher thermometer readings in dry climates, but are designed to shed surplus body heat through perspiration – something that becomes increasingly difficult as atmospheric humidity begins to rise. Then the risks of heat rash, heat cramps, heat exhaustion and heat stroke begin to multiply.

So researchers in the US looked at how heat and humidity will increase in a warming planet, for the existing population, and played with 40 climate simulations to build up a picture of probabilities as humans burned more fossil fuels, stoked levels of greenhouse gases in the atmosphere, and turned up the planetary thermostat.

They calculated that, by 2100, the numbers at risk of sweltering, gasping and sickening heat extremes will have multiplied.

The planet is already around 1.2°C warmer than it was at the start of the Industrial Revolution. If the temperature notches up to 1.5°C above the long-term average for most of human history, then every year an estimated 500 million could be exposed to unsafe extremes.

If the temperature rises by 2°C – the upper limit the world set itself in an historic Paris climate meeting in 2015 – the numbers at risk would reach 800 million.

And if the planetary average annual temperature rise was by 3°C – and right now the planet is on course to exceed even that figure – then an estimated 1.2 billion would at least once a year be at risk of extended spells of dangerous heat and humidity.

Research leader Dawei Li, once of Rutgers University and now postdoctoral associate in the Department of Geosciences at the University of Massachusetts, says: “Every bit of global warming makes hot, humid days more frequent and intense.

“In New York City, for example, the hottest, most humid day in a typical year already occurs about 11 times more frequently than it would have done in the 19th century.” – Climate News Network