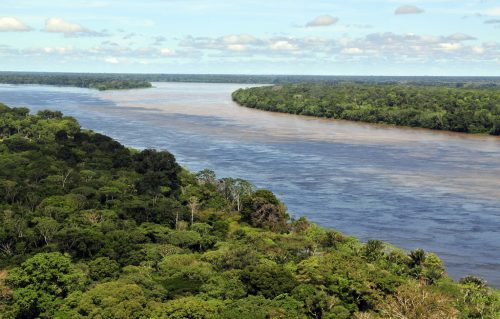 A flurry of news reports earlier this year suggested that the future of the Amazon—and, therefore, of the planet—would be in good hands if only the wisdom of Indigenous peoples and the careful research of scientists were given the attention they deserve. But while Brazilian President Jair Bolsonaro rules, that is an unlikely outcome.

Tuntiak Katan, vice-president of Coordinator of the Indigenous Organizations of the Amazon River Basin (COICA) and a member of the Shuar, a prominent Indigenous community in Ecuador, warned in an interview with The Guardian of global ecosystem collapse should humanity fail to heed the wisdom of Indigenous peoples who have long understood how to live in productive harmony with nature.

Describing those communities as “the defenders of nature, of the life of the forests, of our territories,” Katan observed that while “the world is investing lots of money to implement public policy to combat climate change, help conservation and restoration…these policies are made in offices by technical experts with little or no knowledge of the Earth.”

Emblematic of such myopic ignorance, Katan said, was the absence of any Indigenous representation at the World Economic Forum in Davos this year. The lack was particularly notable given that, at this “global elite” event, biodiversity loss was named the third-biggest risk to world well-being, “ahead of terror attacks, infectious disease, and interstate conflict.”

Katan said he would “welcome the opportunity to attend next year’s forum”, where he could “outline an Indigenous economic model based on maintaining the health of the world’s soils, rivers, and the forest.”

A World Bank report cited by The Guardian found that “Indigenous communities support around 80% of the planet’s biodiversity despite accounting for less than one-twentieth of the human population”. But what the news story does not mention is that the report, titled “The Role of Indigenous Peoples in Biodiversity Conservation: The Natural but Often Forgotten Partners,” was drafted more than 10 years ago.

Policy, however, may finally be starting to live up to rhetoric. In January, the United Nations unveiled a draft agreement “calling for a commitment to protect at least 30% of the planet, dramatically reduce pollution, and promote the participation and practices of Indigenous people,” reports The Guardian. A new study from the Woods Hole Research Center in Falmouth, Massachusetts, adds further weight to the call for deeper attention to Indigenous knowledge, finding that “between 2003 and 2016, 90% of net emissions came from outside protected lands in the Amazon.”

Saying his team’s research “shows that forests under the stewardship of Indigenous peoples and local communities continue to have better carbon outcomes than lands lacking protection,” scientist and lead author Wayne Walker said Indigenous leadership “is critical and must be strengthened if Amazon Basin countries are to succeed in maintaining this globally important resource while also achieving their commitments under the Paris climate agreement.”

But even as the need for Indigenous stewardship increases, “anti-Indigenous sentiment is increasing in some parts of the planet,” The Guardian notes. In Brazil itself, activists have been threatening to sue Bolsonaro for racist comments he made on one of his weekly Facebook broadcasts, comments that included backward terminology and implied that some Indigenous peoples are not human beings.

And then there is Bolsonaro’s insouciant and ongoing refusal to actively protect the Amazon from deforestation and wildfire. The latest on that story, reported Climate News Network, was the appointment of his vice-president, retired general Hamilton Mourão, to head a new “Amazon Council” that will coordinate “the activities of all the ministries involved in the protection, defence and development, and sustainable development of the Amazon.” Possessed of zero in the way of relevant expertise—beyond that acquired as the region’s military commander for five years—Mourão was himself “vague about what he is meant to do or how he will do it.” Brazilian environmentalists decried the appointment, with Suely Araújo, former head of IBAMA, the country’s environmental enforcement agency, declaring that “the solution is not in militarizing environmental policy…Military support for operations in critical areas might be necessary, but it should be understood that environmental monitoring has to go way beyond troops on the ground.”

Such “troops on the ground” in the Amazon have long spelled misery for its Indigenous peoples, Climate News Network adds. “The army’s involvement in the Amazon began in the 1960s when Brazil was at the beginning of a 21-year-long military dictatorship,” noted reporter Jan Rocha. The drive to develop the region ignored outright the Indigenous peoples who already lived there, and who were displaced in their thousands, with many dying (often from infectious diseases brought in by settlers) as “highways, dams, cattle ranches” unfolded all around them.

But the Amazon region also holds hope for the future. SciDevNet reports that Brazilian scientists working to boost forest restoration efforts have discovered a powerfully restorative feedback loop involving the Amazon’s myriad bee species. According to researchers at the University of São Paulo, “bees facilitate pollination over great distances, increase the genetic diversity of plants, and stimulate the reproduction and resilience of native species in degraded ecosystems.”

In light of their findings, the report’s authors are strongly recommending that bee conservation become “a priority in forest restoration projects,” says SciDevNet. They add, however, that securing the Amazon’s bee populations will require leadership from the top.

“We urgently need a more solid public policy that guarantees their conservation, as countries like the United States, United Kingdom, France, and Norway are doing, said Vera Lúcia Imperatriz-Fonseca, a biologist at the University of São Paulo’s Biosciences Institute. “Taking care of pollinators is a sure return for biodiversity.”