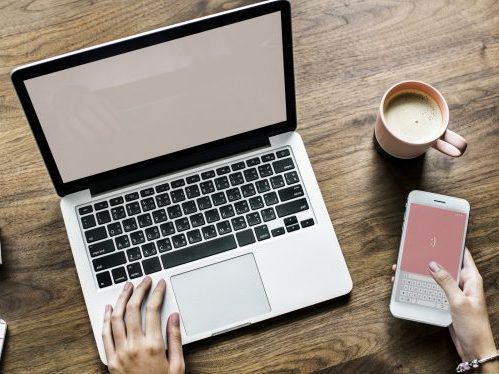 Work-from-home policies being implemented around the world in an urgent effort to contain the spread of COVID-19 could create a significant long-term boost to climate action plans, both by reducing greenhouse gas emissions and building future resilience.

“Google has asked all of its North American employees to work from home until at least April 10 to stop the spread of COVID-19,” reports CBC News, adding that the move is “the most drastic in a spate of similar recommendations from Facebook, Twitter, Apple, and many other big tech companies.”

Such directives could have beneficial consequences for the environment, given that they will stem car commutes for potentially hundreds of thousands of people. (Though not, apparently, the contractors employed at big tech company offices, on terms far less favourable than the salaried staff now working from home.)

“If the four million-plus people in Canada whose jobs could be done from home did so twice a week, it could remove the equivalent of 385,231 cars from the road and cut annual greenhouse gas emissions by 1.9 million tonnes,” says CBC, citing a 2011 Telework Research Network report.

“There’s no quicker, easier, cheaper way to reduce your carbon footprint than not drive,” said Kate Lister, lead author of the Telework report and president of Global Workplace Analytics.

Over the longer term, the emissions savings could be even greater. CBC notes that municipalities large and small throughout Canada are increasingly realizing that “telework policies allow companies to reduce the amount of office space they must heat, power, and equip.”

Both boardrooms and policy-makers are also recognizing that adapting to telework builds resilience against extreme weather events, a capacity that climate change will increasingly demand. An $800,000 federal investment in the City of Calgary’s WORKshift telework program in 2010 paid off handsomely during the massive flood that swamped the city in 2013. Many who were forced to work from home “were already equipped to do so,” thanks to frameworks already established by the program.

“It played a big role in the continuation of government in that flooding situation,” said Lister. “Employers already had the experience, and that’s really key.”

While workers have historically returned to the office after a given crisis is over, Lister said she sees “hints” from major companies that workplace structures may shift permanently after the current pandemic ends. “It almost feels like this one could be a tipping point,” she said. “I do think this coronavirus is going to leapfrog the trend.”