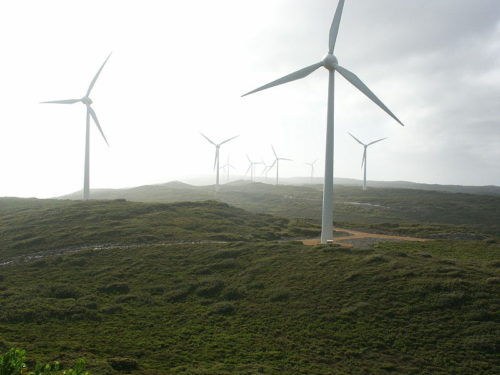 Continued attempts by Scott Morrison’s government to downplay the climate crisis and obstruct solutions in Australia are proving to be increasingly out of step with public opinion, as state and local governments—as well as business interests, environmentalists, and ordinary people—fight to decarbonize the country by 2050.

A new battle in a decade-long siege of “climate wars” flared up recently, writes RenewEconomy, with the Morrison government refusing “to be challenged on the costs of failing to act”, even as it demands to see a detailed 30-year plan for the federal official opposition party’s net-zero emissions target.

But such climate-denying bluster grows ever more empty as state, territorial, and local governments across Australia signal their own crystal-clear commitments to net zero.

“Every state and territory government has committed to achieving that target,” RenewEconomy writes, and in many cases, the targets have been enshrined in law. Many of Australia’s state capitals, including Adelaide, Brisbane, Melbourne, and Sydney, have also affirmed their commitment to achieving net-zero emissions within their jurisdictions by 2050.

And it’s not just governments that are hopping on board. “A growing portion of Australia’s business community has joined the calls for a zero carbon target, including the Australian Climate Roundtable, which counts the Business Council of Australia, the National Farmers Federation, the Australian Industry Group, and the Investor Group on Climate Change as members.”

Such commitments are increasingly in step with public opinion, with a recent Guardian report confirming that Australia’s “horror summer” of wildfires has “significantly impacted” the popularity of both Morrison and his Coalition government. Reporting the findings of a recent poll by the Australian National University’s Centre for Social Research and Methods, The Guardian says respondents signaled strong, cross-partisan disapproval of the federal government’s handling of the bushfires, and particularly strong disapproval of Morrison himself. Overall confidence in the government has also dropped precipitously, “with only 27% of respondents reporting they were ‘confident’ or ‘very confident’ in it, down 10.9% since October.”

That climate change and its impacts are increasingly a non-partisan concern for Australians was also reflected in a recent survey by the Australian Broadcasting Corporation. Nine short months after an election whose results were “read as a warning to politicians on both sides not to stick their necks out on climate action,” ABC writes, 72% of those polled see climate change as a personal concern, and 60% urge immediate action.

A 1,200-MW wind farm recently greenlit in the Wide Bay-Burnett region of Queensland is in tune with this shift in public opinion, RenewEconomy adds. The A$1.3-billion Forest Wind project, a joint venture between global energy giant and turbine manufacturer Siemens and Queensland renewable energy company Clean Sight, is intended to play a key role enabling the state to meet its target of 50% renewables by 2030.

Last month, Norwegian colossal fossil Equinor announced it was abandoning a US$200-million plan to drill for oil in deep waters of the Great Australian Bight Marine Park, making it the third oil company to withdraw from the area.