Eliminating fossil fuel subsidies is a policy measure that could create some common ground between climate campaigners and libertarian free market advocates, self-styled independent journalist and public historian Taylor Noakes writes in a new opinion piece for CBC that had generated more than 3,700 comments as of Thursday evening.

A precise figure for Canadian fossil subsidies is hard to find, Noakes writes, although a 2018 report by the Overseas Development Institute put the total at US$4.73 billion/C$6.3 billion for 2016, the highest per unit of GDP among G7 countries. The International Monetary Fund calculated post-tax fossil subsidies at US$43 billion in 2015-16.

“The industry isn’t forthcoming” with the numbers, “but the federal and provincial governments aren’t insisting on accountability either,” he adds. “It’s an unfortunate irony that Canadians in need of public assistance often face more exacting demands on their own accountability than the recipients of corporate welfare.”

But the top-line message still stands: “Eliminating fossil fuel subsidies would obviously help Canada achieve its emissions reduction targets,” he says. “What’s less obvious is how these subsidies undermine our economy, add to the tax burden, and hinder innovation.”

Noakes recalls an argument put forward to a U.S. House of Representatives committee by Véronique de Rugy, senior research fellow with the libertarian Mercatus Center, who listed three reasons to phase out subsidies for all forms of energy: governments have no incentive to manage private investors’ funds; subsidies distort normal investment and economic activity by creating an unfair advantage; and they increase special interests’ lobbying clout, along with their incentive to deploy it.

But even though global fossils have lost $400 billion in market value over the last four years, “the fossil fuel industry in Canada has become so thoroughly politicized that ever-more-generous subsidies are being demanded by companies as the cost of doing business,” he says. “While politicians euphemistically refer to subsidies as ‘investment’ and insist they are facilitating a transition to clean energy, there’s scant evidence this is the case. The entire idea of a ‘transitional fuel’ is absurd: if you burn it for energy, it’s adding to the emissions problem. Worse, according to the International Monetary Fund, subsidies encourage excessive consumption.”

And “it’s a false dichotomy that Canada must choose between fighting climate change and supporting jobs in Alberta. Both need to happen simultaneously,” he adds. “Rather than pouring money down the hole of the fossil fuel sector, it could be used to retrain unemployed oil workers and build solar arrays, wind turbines, and hydroelectric generating stations, with an aim to providing new jobs in all the regions adversely affected by over-reliance on non-renewable resource extraction.”

Noakes appears to depart from the Mercatus Center’s view that all energy sector supports must disappear. As a single policy measure on its own, getting rid of fossil subsidies won’t deliver the fast, meaningful change Canada’s energy sector needs, he writes, “given the severity of the climate crisis and the increasingly untenable relationship between the fossil fuel industry and Canadian society.” Which means that, “after years of fossil fuel subsidies, government intervention is now necessary to quickly build a clean energy production and distribution infrastructure large enough to get all of Canada off fossil fuels.” 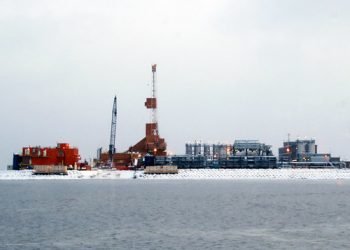