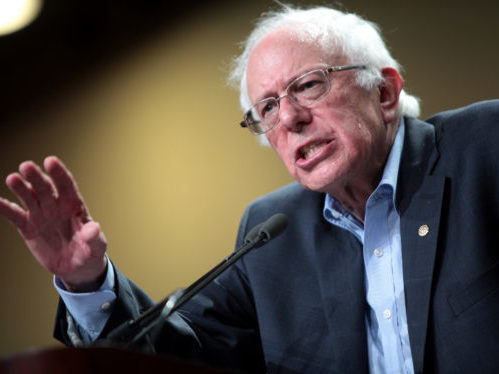 With the race for the Democratic Party’s 2020 presidential nomination narrowing to two main candidates, the New York Times and Foreign Policy magazine are each taking a look at what former U.S. vice president Joe Biden and Sen. Bernie Sanders have been saying about climate and energy.

The Times has Biden calling for 100% carbon-free energy and net-zero emissions by 2050, with a plan his campaign has costed at US$1.7 trillion. Sanders (I-VT) is promising all-renewable electricity and transportation sectors by 2030, with a full fossil fuel phaseout by 2050, at a cost of $16.3 trillion. “Both candidates have outlined various measures that call for greater taxes and unspecified new fees on corporations, as well as eliminating fossil fuel subsidies.”

Both candidates’ plans “focus heavily on new regulations that would not require congressional approval, as well as spending federal dollars to incentivize the deployment of clean energy across the economy,” the paper adds. “Neither calls for a tax on carbon emissions.” Sanders would seek a $2-trillion congressional authorization for a public plan to manage and distribute renewable grid electricity.

While projecting new employment attributable to a climate strategy can be a “tricky business”, the Times says Sanders’ plan would create an estimated 20 million jobs, Biden’s 10 million.

As for the path to a carbon-free future, Sanders has labelled geoengineering, carbon capture and storage (CCS), and nuclear generation “false solutions”, while Biden would consider “all low- and zero-carbon technologies” including nuclear and carbon capture, while making no mention of geoengineering in his platform. Sanders favours a national ban on fracking and a natural gas plant phaseout, and while Biden’s campaign hasn’t explicitly mentioned either, “he has said on the campaign trail that he favors enhanced regulations on natural gas extraction and fracking”.

On that emerging  issue, Foreign Policy says the language from the Democratic frontrunners is starting to make markets “jittery”, with Biden, Sanders, and now-departed candidate Sen. Elizabeth Warren (D-MA) all proposing “vigorous federal action to limit or even roll back production of oil and natural gas. Viewing the increased production of fossil fuels as being at odds with the fight against climate change, all three have called for production limits ranging from the more modest, like Biden’s plan to ban Arctic oil drilling and boost regulations on fracking, to the more aggressive, like that of Sanders and Warren, who both back a ban on fracking and an end to fossil fuel leases on federal land.”

The new attitude from Democrats, even Biden, “ is a stark departure from the middle-of-the-road energy policies of the Obama administration—which at the time Republicans attacked as too radical,” the publication adds.

“It is jaw-dropping to see how far these candidates have shifted from Obama’s all-of-the-above approach to energy,” said Rapidan Energy Group founder and president Bob McNally. He’s been particularly surprised to see gas “vilified in most Democratic energy proposals”, given its past profile as a cleaner-burning fossil fuel that has displaced coal-fired power generation.

“If oil is Nazi Germany, gas is Fascist Italy—it’s not quite as bad as Hitler, but it’s in league with the enemy,” he told Foreign Policy. “If a Democrat wins, we’re going to see a Tet Offensive against the oil and gas industry the likes of which we’ve never seen before,” so that fossils are now gearing up for tougher scrutiny and regulatory oversight.

Leading up to the 14-state Super Tuesday primary earlier this week, Kevin Book, co-founder and managing director of energy consultancy ClearView Energy Partners, said oil and gas investors had been blasé about Democrats’ fossil policies. But “I think the market should start to price things in on Wednesday,” he said, speaking before the primary results had played out. “None of the Democrats, from a [fossil] energy production point of view, are moderate.”

He added that tilt is reinforced by electoral math. “Since the overwhelming majority of U.S. oil and gas production is concentrated in states that voted for Donald Trump in 2016 and will almost certainly vote Republican again, there is little on the electoral map for aggressive Democrats to lose,” Foreign Policy writes, citing Book, “though such policies could make Pennsylvania an even tougher state for Democrats to win.”

But 350 Action Executive Director May Boeve, whose organization double-endorsed Sanders and Warren Monday, pointed to the immediate urgency of getting the right outcome in November. “This election takes place during a crucial inflection point for climate action,” she said. “We need a president who will fight against the fossil fuel industry that is standing in the way of progress.”

“One thing that will be almost impossible for any Democratic president to do is ban fracking outright,” Foreign Policy says, unless Democrats sweep the U.S. Senate as well as the House and adopt a measure that can survive the legal challenges that would inevitably follow. “But when it comes to restrictive energy policies, any future Democratic president still has lots of ways to limit U.S. oil and gas production,” beginning with production on federal lands.

“You can’t ban fracking without Congress,” agreed former Obama energy and climate advisor Jason Bordoff, now the founding director of Columbia University’s Center on Global Energy Policy. “But you can throw a lot of sand in the gears with regulations that raise costs.”