Refurbishing, Not Razing Old UK Homes Could Save 40 Million Tonnes of GHGs by 2050 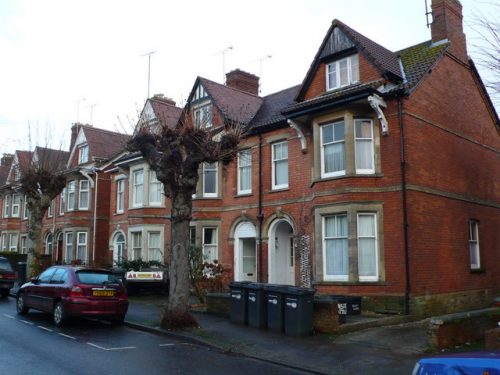 Refurbishing just half of the UK’s pre-19th century residential buildings—rather than demolishing them to make way for new builds—would reduce national emissions by almost 40 million tonnes by 2050, says a new report by Historic England.

“Compared to refurbishing a traditional Victorian terrace property, a new building of the same size produces up to 13 times more embodied carbon, which equates to about 16.4 tonnes of CO2,” reports ITV. “Thoughtfully adapting” older buildings could reduce CO2 emissions by more than 60%.

The report calls for a lowering of the VAT (value-added tax) rate as an incentive for refurbishment over new builds. “At present, there is a 20% VAT charge to refurbish a property, compared with a zero percent charge for new builds,” says ITV—a skewed incentive that pairs badly with the reality of real estate on the ground in the UK. Citing the report, ITV adds that “there are more than 200,000 empty homes in England, while ‘thousands’ of historic buildings are neglected or not used to their full potential.”

Refurbishment, meanwhile, could serve both environmental and social ends. “Upgrading and renovating existing buildings means we can control the carbon expended through new construction activity, while ensuring a future for the heritage all around us,” said Ben Cowell, director general of Historic Houses and chair of the Historic Environment Forum, sponsor of the Historic England report.

“Since the vast majority of our built heritage is cared for by private owners, a reduction in the VAT rate would help to incentivize best practice in repair and maintenance,” he added.