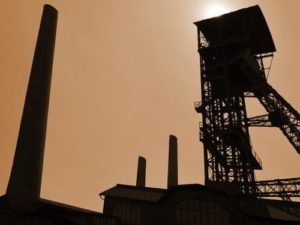 A British hedge fund billionaire is on a mission to persuade central banks to withdraw financial support for hundreds of new coal plants now on the drawing boards, in a bid to block the projects and the climate-busting greenhouse gas emissions they would produce.

“Coal is the single largest source of greenhouse gas emissions globally and the risks of its continued use in the power sector are not being adequately addressed by regulators and the financial system,” wrote Sir Christopher Hohn, in a statement on the Children’s Investment Fund Foundation website. “Having worked to phase out coal for over 10 years, CIFF is now calling on regulators and banks to correctly account for and disclose the risks coal poses to humans, the environment, and to bank balance sheets.”

In a letter to key central banks and financial institutions in the European Union, Hohn and CIFF Chair Dr. Graeme Sweeney ask the banks to disclose their coal financing, and the regulators to “make these disclosures mandatory and to significantly increase the applied risk-weighting of coal loans,” the foundation says in a release. “These policy moves, among others, would be impactful ways of making coal uneconomic and bringing an end to its harmful emissions.”

“Over the last three years alone, global financial institutions have channelled $745 billion in new lending and underwriting to companies developing coal plants, and UK and European banks remain counterparties for financing of their existing and new projects,” they wrote.

Reuters says the institutions receiving the letters included the Bank of England, the European Central Bank, Barclays, HSBC, Standard Chartered, and the Network for Greening the Financial System, a group of regulators pushing for better supervision of climate-related risk.

“Hohn, founder of hedge fund TCI, has emerged as one of the most outspoken investor voices urging companies to do more to tackle their own carbon emissions, and threatened in December to vote against directors who failed to act,” the news agency adds. In his February 28 missive to Bank of England Governor Mark Carney, he “warned that British banks were ‘highly likely’ to suffer losses on coal financing as the cost of renewables continued to fall and regulations on air pollution and carbon emissions tighten.” He called on the three big banks to “reveal any coal exposure on their balance sheets and classify such loans as high-risk”.