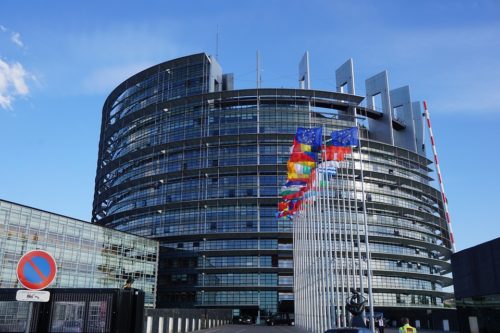 The European Union is poised to fast-track some form of border adjustment to protect its domestic industries from international competitors in countries with less stringent carbon reduction policies.

“We at the [European Commission] will push for one to be installed as soon as possible,” EU Industry Commissioner Thierry Breton told media last week, adding that the continent’s industry ministers were seeking a “fair and appropriate measure” to support companies in the process of cutting their carbon footprints.

“The European Commission, the bloc’s executive, is planning to propose a carbon border mechanism in 2021, but on Thursday fielded a call from Spain to bring forward the proposal to the second half of this year,” Reuters reports. The country’s industry minister, economist María Reyes Maroto Illera, warned that “carbon leakage” is already taking a toll on European producers.

“Carbon leakage occurs when a region’s climate policies incentivizes industry to move overseas, to countries where they face less stringent, and (less) costly, environmental obligations,” Reuters explains. “A carbon border mechanism would see the EU impose costs on imports from other countries based on the carbon emissions associated with the imported goods.”

The measure would be designed to “create a level playing field, protecting the competitiveness of EU industries and providing an incentive for overseas firms to also curb their emissions,” the news agency adds. “The Commission views carbon border measures as crucial to its Green Deal vision to completely decarbonize the EU economy by 2050, by reducing the bloc’s emissions to net zero by this date.”

While the border measure takes shape, Bloomberg is reporting that the Green Deal and the broader fight to get the climate crisis under control have given the EU itself a new raison d’être. That became clear on the very first day of Commission President Ursula von der Leyen’s term of office, when the former veteran cabinet minister from Germany took the podium at COP 25 and “promised to make Europe the world’s first carbon-neutral continent within the next 30 years,” the news agency says.

“Momentum is building faster than we thought,” former Unilever CEO Paul Polman said a few weeks later. “We can still make these transformations work if we want to.”

In her talk in Madrid, “von der Leyen argued the plan would not only position Europe at the forefront of the fight to limit global warming, it would also drive a new wave of economic development and help bind the continent together,” Bloomberg notes. “She’s since described the proposal as a moonshot, but it’s considerably more than that. The EU would need to mobilize as much as €260 billion (US$283 billion) annually over the next decade to build green infrastructure. That’s not an Apollo program—that’s one Apollo program per year, and it’s just part of what the Green Deal will entail.”

The idea would have “seemed far-fetched at best” as recently as three years ago, with Donald Trump entering the White House, the UK in the early stages of embracing Brexit, and Angela Merkel barely re-elected as German chancellor.

But beginning in 2017, a group that included Polman, European Climate Foundation CEO Laurence Tubiana, and Spanish climate minister Teresa Ribera “ran private polls to reinforce the idea that environmental issues figure near the top of younger voters’ concerns,” Bloomberg says. “The activists then took those numbers to members of the European Parliament. Climate policy could address not just global warming, but also a whole raft of challenges that establishment parties had been wrestling with, from unemployment to disenchantment with the European project.”

“We needed to find a project that united European citizens around something that wasn’t a bureaucratic construction, a true common political project,” Tubiana says. “That was climate.”

Even with overwhelming public support, “the Green Deal is facing an uncertain future,” the news agency adds. “Attracting the scale of investment needed to overhaul everything from agriculture to transportation will pose the biggest challenge, as Europe’s economic growth lags far behind major world economies such as China and India.”

But EU Commission vice president and climate lead Frans Timmermans is optimistic. “We have the science, we have the technology, we can certainly find the money,” he told a conference in January. “It sounds daunting, but I was [at the annual World Economic Forum] in Davos last week and I hear what people are talking about, the size of investments they are thinking about.”

“It’s all about momentum,” Tubiana agreed. “There are magical moments when everything lines up. We’re living one of these moments at a European level.” Reuters and Bloomberg both have more detail on the politics behind the European Green Deal.