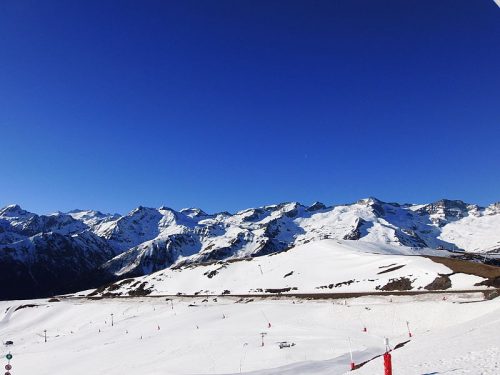 The Luchon-Superbagnères ski resort in France’s Pyrenées Mountains brought in about 50 tonnes of snow by helicopter earlier this month, after 10°C temperatures threatened a premature end to the annual ski season.

“Taken from higher mountains, the snow was dumped on slopes for beginners and children” in time for school holidays in February and March that are “typically the busiest time of year for ski resorts in France,” BBC reports. The local council paid more than €5,000 for the emergency import.

With 80 local jobs at stake, “we’re not going to cover the entire ski station in snow, but without it we would have had to close a huge part of the ski domain, and it’s during the holidays that we have the most activity for beginners and the ski schools,” said council director Hervé Pounau.

But local environmental advocates were sharply critical of that decision. “Instead of adapting to global warming, we’re going to end up with a double problem: something that costs a lot of energy, that contributes heavily to global warming, and that in addition is only for an elite group of people who can afford it,” said Bastien Ho, secretary of Europe Écologie Les Verts party. “It is the world upside down.”

Pounau acknowledged the town’s decision was not “particularly ecological”, but maintained that “we had no choice”.