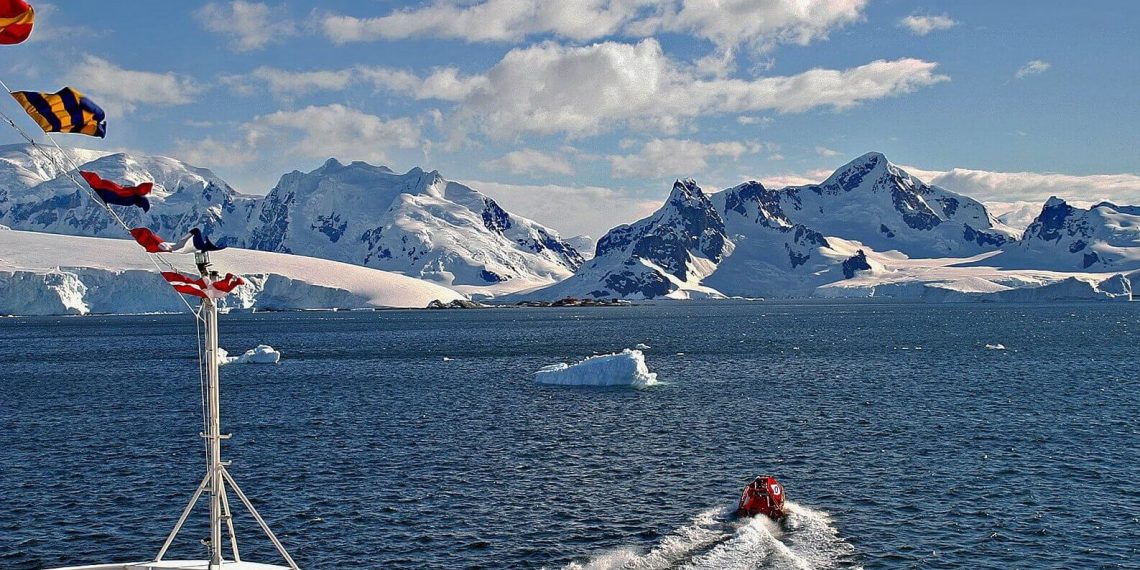 Temperatures on the Antarctic Peninsula reached more than 20°C for the first time in history earlier this month, the Guardian reported: “The 20.75C logged by Brazilian scientists at Seymour Island on 9 February was almost a full degree higher than the previous record of 19.8C, taken on Signy Island in January 1982.”

The Antarctic Peninsula has warmed by almost 3°C since the start of the Industrial Revolution around 200 years ago − faster than almost anywhere else on Earth. But scientists are increasingly concerned not only about the Peninsula, but with the possibility that the entire southern continent may be heating up much faster than current estimates suggest.

Among evidence of increasing scientific effort to determine what is happening is a joint UK-US collaboration, due to report in 2023 on the chances of the collapse of the huge Thwaites glacier in West Antarctica, where from 1992 to 2017 the annual rate of ice loss rose threefold.

Now a study by scientists co-ordinated by Germany’s Potsdam Institute for Climate Impact Research (PIK) says sea level rise caused by Antarctica’s ice loss could become a major risk for coastal protection in the near future.

After what they call “an exceptionally comprehensive comparison of state-of-the-art computer models from around the world”, they conclude that Antarctica alone could cause global sea level to rise by 2100 by up to three times more than it did in the last century.

“The ‘Antarctica Factor’ turns out to be the greatest risk, and also the greatest uncertainty, for sea levels around the globe,” says the lead author, Anders Levermann of PIK and Columbia University’s Lamont-Doherty Earth Observatory (LDEO) in New York.

“While we saw about 19 centimetres of sea level rise in the past 100 years, Antarctic ice loss could lead to up to 58 centimetres within this century”, he said.

“We know for certain that not stopping the burning of coal, oil and gas will drive up the risks for coastal metropolises from New York to Mumbai, Hamburg and Shanghai”

“Coastal planning cannot merely rely on the best guess. It requires a risk analysis. Our study provides exactly that. The sea level contribution of Antarctica is very likely not going to be more than 58 centimetres.”

Thermal expansion of the oceans by global warming and the melting of glaciers, which so far have been the most important factors in sea level rise, will add to the contribution from Antarctic ice loss, making the overall sea level rise risk even bigger. But the ‘Antarctica Factor’ is about to become the most important element, according to the study, published in the journal Earth System Dynamics.

The range of sea-level rise estimates the scientists have come up with is fairly large. Assuming that humanity keeps on emitting greenhouse gases as before, they say, the range they call “very likely” to describe the future is between 6 and 58 cms for this century.

If greenhouse gas emissions were reduced rapidly, it would be between 4 and 37 cms. Importantly, the difference between a business-as-usual scenario and one of emissions reductions becomes substantially greater as time passes.

Sixteen ice sheet modelling groups consisting of 36 researchers from 27 institutes contributed to the new study. A similar study six years ago had to rely on the output of only five ice sheet models.

“The more computer simulation models we use, all of them with slightly different dynamic representations of the Antarctic ice sheet, the wider the range of results that we yield − but also the more robust the insights that we gain”, said co-author Sophie Nowicki of the NASA Goddard Space Flight Center.

“There are still large uncertainties, but we are constantly improving our understanding of the largest ice sheet on Earth. Comparing model outputs is a forceful tool to provide society with the necessary information for rational decisions.”

Over the long term, the Antarctic ice sheet has the potential ultimately to raise sea levels by many tens of metres. “What we know for certain”, said Professor Levermann, “is that not stopping the burning of coal, oil and gas will drive up the risks for coastal metropolises from New York to Mumbai, Hamburg and Shanghai.” − Climate News Network