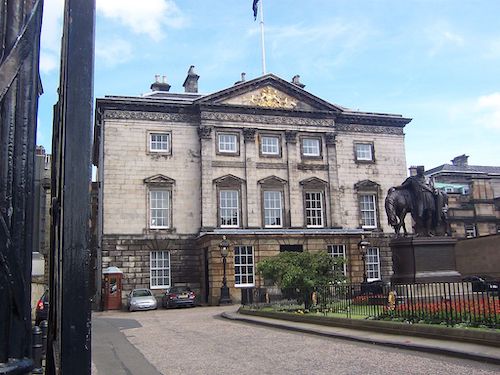 The Royal Bank of Scotland will stop lending to coal projects by 2030, set stricter rules for oil and gas funding, cut its net greenhouse gas emissions to zero this year, and make its operations “climate positive” by 2025, under a new strategy it released Friday alongside its annual financial results.

The 293-year-old bank “said it would end coal financing by 2030 and stop lending and underwriting companies with more than 15% of their activities related to coal by the end of 2021, unless they have a transition plan in line with the Paris Agreement,” MarketWatch reports. “It also pledged to halt lending to and underwriting major oil and gas producers without a transition plan by 2021.”

“Today marks a new era,” said incoming CEO Alison Rose, who’s been on the job since November and pledged “to do what is necessary” to align the business with the 2015 Paris deal, Bloomberg writes. “This will be a significant challenge as we, like others, do not yet fully understand what this will require and how it will be achieved,” she added.

The announcement committed RBS to reduce the climate impact of its lending and underwriting by at least half by 2030, Bloomberg adds. “It also pledged to double its funding and financing for climate and sustainable finance to £20 billion (US$26.1 billion) by 2022.”

RBS is also rebranding itself as NatWest, in what The Guardian describes as a “corporate overhaul designed to put its 2008 government bailout, and the fallout from a string of scandals, behind it.”