Blowing Smoke: Ad Ban for High-Emitting Products Should Be Modelled on Tobacco Regulation 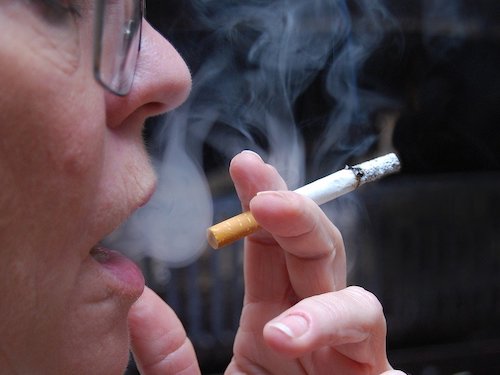 A government that took the climate crisis seriously would impose the same kind of restrictions on advertising high-carbon goods that it sets for tobacco products, author Richard Corley argues in a recent post for Corporate Knights.

“There are striking parallels between the tobacco epidemic and the climate crisis,” Corley writes. “Tobacco and greenhouse gas (GHG) emissions both involve the sale, by powerful industries, of products that are commercially attractive, were initially believed to be safe, and yet were found to cause serious harm.” With that in mind, he says, UK non-profit ClientEarth launched a campaign in December, calling for a ban on advertising by fossil fuel companies.

“What would it look like if the restrictions applied to lessen tobacco use were applied to GHG-emitting products, to reduce our carbon emissions?” he asks. “Think restrictions on advertising, promotion, and lobbying, as well as public education, warning labels, and restrictions on use.” The anti-tobacco campaigns showed that “effective public policy can help to reduce demand for harmful products, with minimal cost or interference with the rights of individual Canadians,” he adds, suggesting that “in a world awash with fossil fuels, not encouraging demand could be one key to effective climate action.”

Corley traces the history of the tobacco epidemic, and the more recent role of strict regulations in “reducing the prevalence of smoking and saving tens of millions of lives”. But high GHG-emitting industries are not yet on that path. “A number of industries currently spend tens of billions of dollars each year directly or indirectly promoting ever-greater consumption of GHG-emitting goods and services,” with the auto industry alone burning through US$35.5 billion in 2018 across 14 key markets, $18 billion of that in the U.S. alone.

And all of the money is buying a lot of activity. “The fact that Canadians drive the dirtiest, highest-GHG-emitting fleet of vehicles on the planet, according to the International Energy Agency, is a testament to the effectiveness of the auto industry’s promotion of SUVs and pickup trucks,” he writes. “Similarly, the growth in GHG emissions from commercial air travel, up 32% from 2013 to 2018, is fuelled by massive travel industry advertising—worth more than $20 billion in the U.S. alone in 2019.”

The lesson from tobacco regulation is that “if governments are serious about curbing the worst impacts of climate change, they should restrict the advertising, promotion, and sponsorship of GHG-heavy goods and services,” Corley asserts. And “while we’re tackling the issue, consumers should also be warned about the emissions impacts of their purchases through notices and warning labels on gas pumps, gas bills, airline tickets, automobile and appliance stickers, and other communications (similar to how the state of California posts warnings about the presence of carcinogens).”

Consumers use nutrition labels to “make informed choices about the foods they purchase,” he adds, and “the same consumer right to know should apply to embedded GHG emissions, as well as those that would arise when using a potential purchase.”