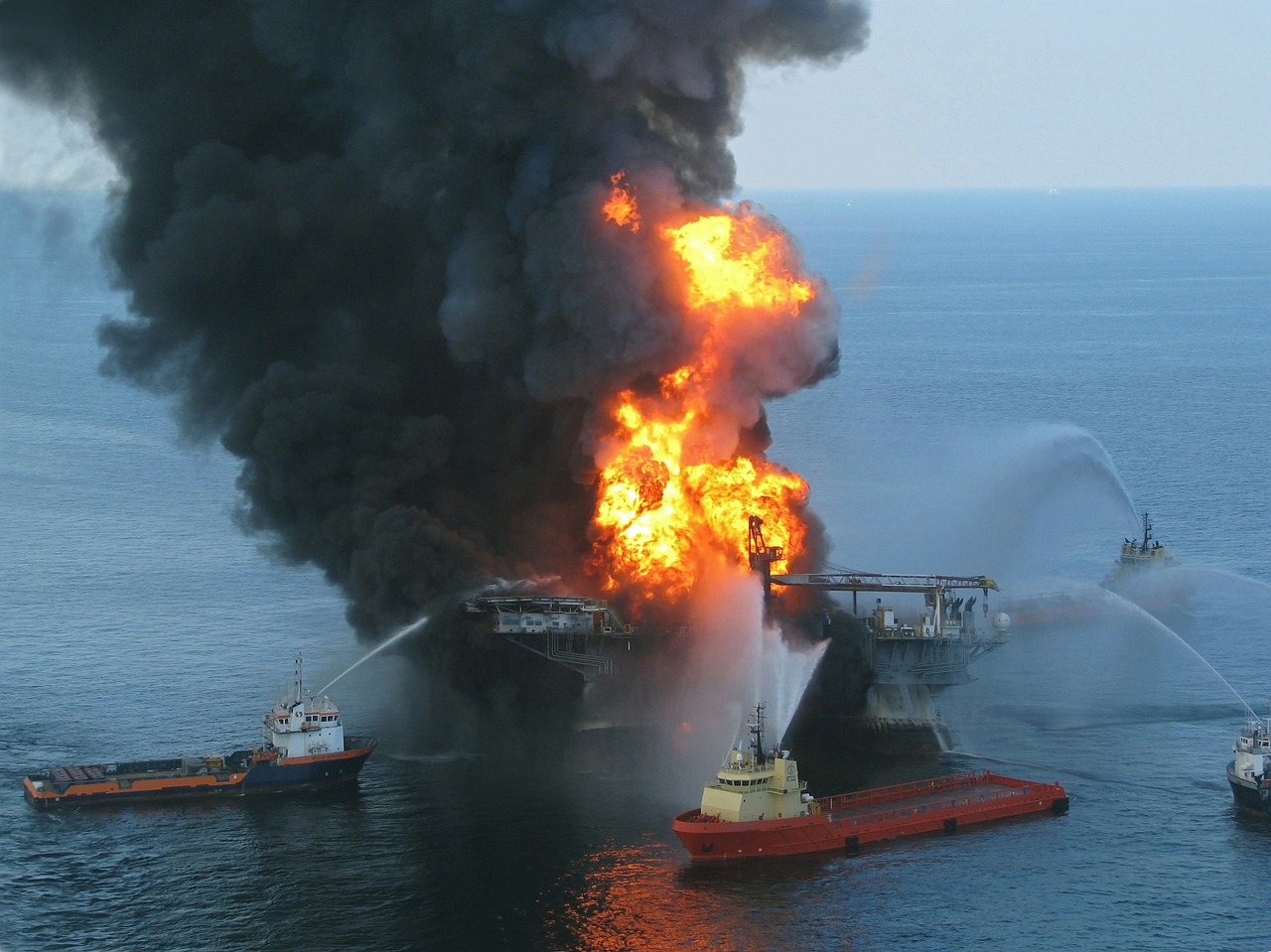 Colossal fossil BP is drawing a healthy dose of scrutiny and skepticism this week, after incoming CEO Bernard Looney announced plans Wednesday to bring the company to net zero by 2050 or sooner and help the world do the same.

In the wake of the release, “investors and activists want to know just how much appetite he has to take on the existential crisis facing the oil industry,” Bloomberg reports. “Bernard Looney’s big challenge will be to navigate BP through an energy transition with the world falling out of love with oil, and louder demands from investors to pivot toward clean energy.”

The Guardian notes that the release is silent on BP’s plans to increase oil and gas production by 20% over the next decade, a period when global greenhouse gas emissions must fall by half. But “the promise to halve the carbon intensity of products is potentially the most far-reaching part of BP’s new strategy,” since it “recognizes that petroleum companies have a responsibility for how their products are used. Until now, they have tried to foist these so-called Scope 3 emissions on to consumers.”

Within the sprawling company, it commits to hit “net zero across BP’s operations on an absolute basis” and net zero carbon on oil and gas production no later than 2050, reduce the carbon intensity of its products by 50%, install methane measurement on all equipment and reduce methane intensity of operations 50% by 2023, and “increase the proportion of investment into non-oil and gas businesses over time”.

Outwardly, it pledges “more active advocacy for policies that support net zero, including carbon pricing”, incentives for workers to advocate for net zero, “new expectations” for its relations with trade associations, leadership in transparent reporting, and a “new team to help countries, cities and large companies decarbonize”.

The company says it will lay out details of the plan at a capital market day it plans to organize in September.

“The world’s carbon budget is finite and running out fast; we need a rapid transition to net zero,” Looney said in the release. “We all want energy that is reliable and affordable, but that is no longer enough. It must also be cleaner. To deliver that, trillions of dollars will need to be invested in replumbing and rewiring the world’s energy system. It will require nothing short of reimagining energy as we know it.”

He added that “this will certainly be a challenge, but also a tremendous opportunity. It is clear to me, and to our stakeholders, that for BP to play our part and serve our purpose, we have to change. And we want to change—this is the right thing for the world and for BP.”

It was a stark contrast in tone, though not necessarily in substance, from the departing statement of Looney’s predecessor, Bob Dudley, who warned last month of the dangers he saw in moving too quickly to counter the climate emergency.

“If you go too fast and you don’t get it right you can drive yourself out of business,” Dudley told Columbia University professor Jason Bordoff in a recent podcast. “If we understand where the technologies are going and we invest, the best thing we can do strategically is have a strong balance sheet. When it becomes really clear certain technologies are going to move very quickly and be profitable, then we’ll be able to make that shift.”

The release places BP’s annual greenhouse gas emissions at the equivalent of 415 million tonnes of CO2—55 MT for its operations, and 360 Mt embodied in its products. The release says the company will bring all those emissions to net-zero, even though it only calls for 50% cut in the carbon intensity of the colossal fossil’s end product.

“If this were to happen to every barrel of oil and gas produced, the emissions problem for our sector would be solved,” Looney said. “But of course, the world is not that simple; the whole energy system has to be transformed and everyone has a contribution to make—producers and sellers of energy, policy-makers, and everyone who uses energy.”

The release also says BP will put an end to “corporate reputation advertising” and redirect those resources to “promote net zero policies, ideas, actions, collaborations, and its own net zero ambition”.

While the company sets out to restructure and transform itself, Looney promised continuity in its existing operations. “BP needs to continue to perform as we transform,” he said. “We can only reimagine energy if we are financially strong, able to pay the dividend our owners depend on and to generate the cash to invest in new low and no-carbon businesses.”

In the wake of the announcement, the Times of London declared the published plan “light on detail”, adding that the company “will probably still be an oil and gas producer in 2050, despite climate targets”. The Guardian’s global environmental editor, Jonathan Watts, annotated the release, pointing to the lack of substantive detail and the difficulty BP will have balancing its PR with the carbon footprint of a global fossil fuel operation.

“This is a step forward from the company’s current position, but it is too little, too late to tackle the climate crisis,” Watts said of the first five of BP’s 10 new “aims”, covering the company’s own operations.

“Looney, as CEO of Britain’s biggest oil company, is trying to placate protesters and activist shareholders by promising to reduce the company’s direct carbon emissions (those related to production, transport, and other areas of operations) to zero over the next 30 years,” he writes. “But there is nothing in this statement to suggest BP will move away from previous plans to increase oil and gas production by 20% over the next 10 years. That would be a disaster. To keep global heating to a relatively safe level of 1.5°C above pre-industrial levels, the world needs to slash emissions—mostly from fossil fuels—by half by 2030.

With its promise of external action, “BP is responding to criticism that it lobbies against climate action and withholds information about its carbon footprint,” Watts continues. “This could be an important shift, but the devil is in the detail.” Similarly, the company’s plan to reorganize its operations includes new divisions responsible for “gas and low-carbon energy”, sustainability and strategy, and regions, cities, and solutions. “What this means for the climate will depend on how much authority is given to the divisions related to low-carbon energy and sustainability. If they are left on the fringe, little will change.”

And above all, the release includes language that promises the financial results that markets have come to expect of BP. “Despite the talk of change, BP is reassuring shareholders that its core priorities are the same, including more dividends,” Watts writes. “This aims to reassure skittish investors who have got used to the oil company providing the third-biggest payouts on the London Stock Exchange. The big unanswered question is whether this will be achieved as in the past—by increasing production of fossil fuels—or through a new shift to renewables.”

He adds: “If the oft-repeated phrase ‘performing while transforming’ is to be anything other than corporate speak, the company will need to do more than reorganize management. It will have to embark on an energy transition. But there are no concrete details here about scaling down production of fossil fuels or scaling up renewables. This will raise concerns that the company thinks it can just plant trees or use other offsets to make up for ever greater petrochemical production. This would not be enough to stabilize the climate.”

And while BP’s promise on corporate reputation advertising and lobbying “would be a very positive step,” Watts says, “BPs past record on greenwashing and lobbying gives little cause for confidence. This oil company reportedly spends more than any of its rivals on influencing politicians and public opinion. BP donated $500,000 to the inauguration of Donald Trump and then pushed the White House to cut environmental regulations. It is also a member of the American Petroleum Institute, a trade organization that has actively campaigned against climate action and undermined climate science. If BP keeps its promise to use that influence for zero-carbon goals, the political world could change dramatically.”

In her daily HEATED climate newsletter [paid subs here—and if you haven’t signed up, you really want to—Ed.], U.S. climate journalist Emily Atkin says BP is reassessing it relationships with trade associations, and is prepared to leave the ones that don’t share its newly-evolved views on climate.

“We will make the case for our views on climate change within the associations we belong to and we will be transparent where we differ,” the announcement states. “And where we can’t reach alignment, we will be prepared to leave.”

That promise drew cautious praise from UK legal charity ClientEarth, which recently took action against BP’s “misleading” Possibilities Everywhere PR campaign. “We welcome today’s announcement from oil giant BP that its current advertising campaign Possibilities Everywhere will be ceased immediately and not replaced,” said Climate Accountability Lead Sophie Marjanac. “With today’s announcement, BP appears to have accepted that its approach to advertising was not in line with its stated ambition of helping the world get to net zero and that it was primarily aimed at improving the company’s reputation.”

At the same time, she added she was skeptical about BP delivering on the promise, “given the company itself acknowledges that there have been perceived inconsistencies between what it says and what it does.”

Bloomberg says the colossal fossil “is already taking some modest steps to address climate change, including investment in renewables and selling some of its most carbon-intensive assets. But it remains an oil major through and through, still very much the company that tapped the first fields in Iran early in the last century and drilled wildcat wells on the Alaskan frontier more than 60 years ago.”

Echoing The Guardian, it adds that a “truly radical move”, along the lines of Spanish fossil Repsol’s net-zero by 2050 pledge, “would be a historic, and controversial shift for the oil industry. It might satisfy the company’s activist investors but could displease the many shareholders that still demand hefty dividends.”

“The challenge will be how to solve decarbonizing its portfolio while at the same time sustaining growth if this means divesting high-carbon assets that also generate material cash flow,” Christyan Malek, head of European oil research at JPMorgan Chase & Co, told Bloomberg.