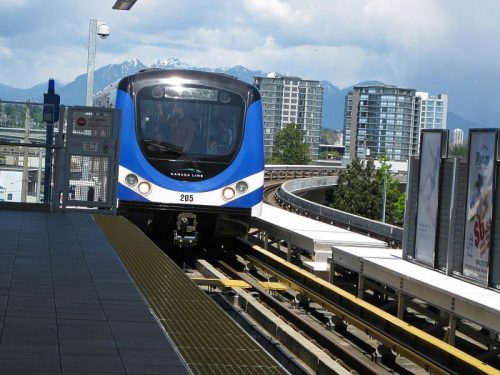 During private meetings with Prime Minister Justin Trudeau and senior cabinet ministers, “mayors heard promises of getting infrastructure money out the door faster to them, speedier delivery of housing programs targeting high-density rental projects, a possible new bucket of funds in this coming budget, and redirecting existing cash for priority projects like electric transit vehicles,” The Canadian Press reports.

Edmonton Mayor Don Iveson, chair of the Federation of Canadian Municipalities’ big-city mayors’ caucus, said the communities are “prioritizing budget requests that fit the environmental lens and match promises the Liberals made during the recent federal election,” CP writes. That includes “help to fund zero-emission transit fleets and a top-up to the popular disaster mitigation and adaptation fund that helps municipalities deal with things like severe flooding.”

Mayors have been meeting with officials responsible for drafting this year’s budget, and with opposition MPs whose support in a minority parliament will determine whether it passes. “They have come away with a belief the Liberals will honour a campaign promise to make transit funding permanent when current funding programs sunset near the end of the decade,” CP says.

Infrastructure Minister Catherine McKenna has a mandate to make transit funding permanent after 2027, the news agency adds. She met with mayors individually last week, and as a group last Thursday.

“It would bring predictability to our planning process because…these major projects take years and years to get a shovel in the ground,” said Ottawa Mayor Jim Watson.

“Whether it’s Montreal or Toronto or Metro Vancouver, we all have a big ask,” added Langley, British Columbia Mayor Jack Froese, and “there’s only so much money to go around. We would like to impress upon the federal government that we have shovel-ready projects that are ready to go.”

He added that Metro Vancouver mayors are looking for rapid funding for zero-emission transit vehicles and longer-term support to extend the SkyTrain transit system on B.C.’s Lower Mainland.

CP points to a provision in the federal government’s 10-year, C$180-billion infrastructure plan that requires provincial approval for federal funds flowing to municipalities. “Speaking to the big city mayors on Thursday, Prime Minister Justin Trudeau said ‘some challenges’ had arisen concerning coordination with the provinces over the last few years, and he asked the group to lean on premiers,” the news agency writes.

“We really think it’s important that there be a consequence to not playing ball in Confederation,” Iveson said. “However, the lost opportunity in the meantime is an economic loss and a loss of a public benefit.”