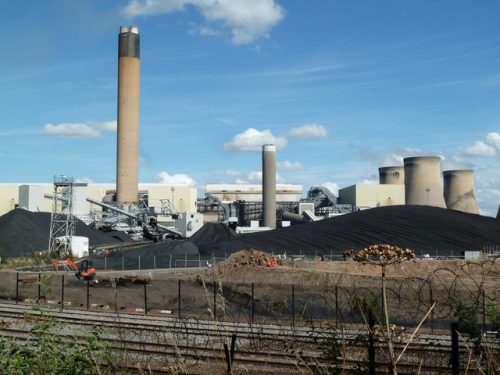 The court action in France, led by environmental groups Sherpa and France Nature Environnement, aims to force Total “to reduce emissions to protect French citizens,” Climate Liability News reports. It’s the first case under the country’s March, 2017 Law on the Duty of Vigilance, which “obligates companies to produce a plan explaining how their operations prevent human rights and environmental abuses.” After Total produced a first vigilance plan with no reference to climate change, the French groups cautioned the company’s CEO to come up with a revision or face legal action.

The UK, meanwhile, “is being sued for approving a large new gas-fired power plant, overruling the climate change objections of its own planning authority,” The Guardian writes, citing ClientEarth’s court submission. “The plant, being developed by Drax in north Yorkshire, would become the biggest gas power station in Europe and could produce 75% of the UK’s power sector emissions when fully operational.”

In France, “Total is legally required to identify the risks resulting from its contribution to global warming and to take the necessary measures to reduce its emissions,” said Sherpa Director Sandra Cossart. The plaintiffs are looking to the court to order the colossal fossil “to acknowledge the climate risks related to its business activities and to align its business with the Paris Agreement goal of limiting warming to 1.5°C,” Climate Liability News writes.

“Total is sorry to see municipalities and NGOs take legal action, when solutions to address both the need for affordable energy for all and climate change require cooperation among the various stakeholders,” the company replied in a statement. “We have long publicly recognized climate challenges and take them into account in our strategy,” with climate strategy goals published “well before Vigilance Plans were legally mandated.” As well, Total added, “we contribute by managing our own greenhouse gas emissions and by striving to make the products used by our customers less carbon intensive.”

With 12.35 billion tonnes of greenhouse gas emissions since 1965, the news report says Total accounts for 1% of the world’s carbon pollution, placing it among the top 20 companies responsible for one-third of global emissions over the last 55 years.

In the UK, the government’s own planning inspectorate “recommended to ministers that the 3.6-GW gas plant was to be refused permission because it ‘would undermine the government’s commitment, as set out in the Climate Change Act 2008, to cut greenhouse emissions’ by having ‘significant adverse effects’” on the decarbonization effort, The Guardian writes. “It was the first big project rejected because of the climate crisis.”

After the secretary of state for business, energy and industrial strategy, Andrea Leadsom, rejected that advice and approved the project in October, ClientEarth was given leave to sue.

“With scientists ringing the alarm bells for decades, we shouldn’t need to take the government to court over its decision,” said ClientEarth Sam Hunter Jones. “[Leadsom’s] decision is at odds with the government’s own climate change plans. As the planning inspectorate found, if this plant goes ahead the public risks a carbon budget blowout, or a huge stranded asset that would require propping up by the taxpayer, or a combination of the two.”

A Drax spokesperson maintained the company will be removing carbon from the atmosphere by 2030, not adding it, based on a biomass with carbon capture and storage (BECCS) scheme that is controversial and still preliminary, and may be unnecessary with a rapid, deep decarbonization effort. ClientEarth said the country’s latest forecasts call for an additional 6 GW of gas capacity through 2035, but the government has already approved 15 GW of large, new gas plants.