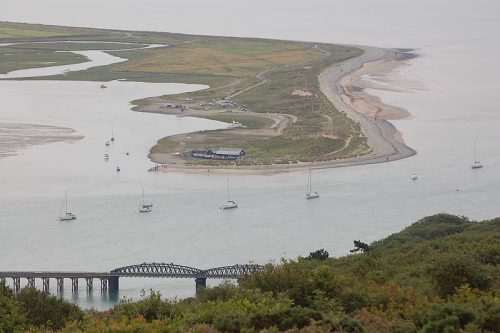 The seaside village of Fairbourne in northwest Wales expects to be the first community in the United Kingdom to fall victim to sea level rise, and locals say their homes are already plummeting in value as a result.

The problem has been coming into focus since 2013, when Gwynedd Council decided it could no longer afford to upgrade sea defences for the community, one of 52 along the west coast of Wales that are at risk, the Daily Express reports. Homes in Fairbourne are expected to be underwater within 30 years.

“Surveyors won’t come to the village because there’s no point, no one can get a mortgage,” said Arthog Community Council Chair Stuart Eves. “Properties are still selling, but only for cash. Few people want to move, but if they did, they couldn’t, not without taking a big hit on their properties.”

Eves said the community’s 1,000 residents have begun thinking of themselves as Britain’s first climate refugees, adding that it will cost £8.25 million per year to support them if they’re displaced.

Meanwhile, “people now wonder if it’s worth investing in their homes. If they need to replace an ageing kitchen, the attitude is to make do with what they have already,” he told the Express. “It’s so sad because, for many people here, their homes are their pensions and their legacies, something to be handed down to their children after a lifetime of hard work.”

Eves suggested a local solution that would involve buying up nearby farms as they become available, running them as campsites for 20 years, then using the income to build them up for evacuees. “Even caravans or wooden chalets will be better than nothing for people forced to flee,” he said. But “politicians can’t leave it too long to find a solution or they will be caught with their trousers down.”