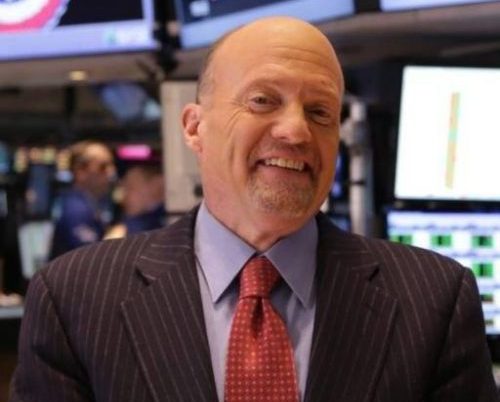 Grist says CNBC anchor Rebecca Quick was “stunned” when Mad Money host Jim Cramer declared that fossils are in the “death knell phase”, and it’s time to dump their stock.

“I’m done with fossil fuels. They’re done,” Cramer said. “We’re starting to see divestment all over the world,” with “big pension funds saying, ‘Listen, we’re not gonna own them anymore.’”

“The world’s changed,” he added. “This has to do with new kinds of money managers who frankly just want to appease younger people who believe that you can’t ever make a fossil fuel company sustainable.”

Grist acknowledges the knock on fossils on live TV might have seemed surprising, coming from a “volatile baby boomer stock-picker who’s written multiple books with the phrase ‘Get Rich’ in the title”. But “this isn’t the first time Cramer has nudged the market in a greener direction: Just last month, he threw his weight behind Tesla’s stock, calling himself a ‘true believer’ in the electric car company.”

MarketWatch reports that Exxon and Chevron stock both fell last Friday after the colossal fossils reported “mixed” financial results for the last three months of last year. On Friday, Exxon’s decline wiped out US$12 billion in market value in three hours, Bloomberg says. The Guardian has Shell blaming falling oil prices after its profits for the quarter fell by half—even though prices were up 24% last year, according to the Institute for Energy Economics and Financial Analysis (IEEFA). Last week, IEEFA reported the fossil sector placed dead last in the Standard & Poor’s stock index for 2019, and predicted the industry won’t do much better in 2020.

Running counter to all known trends, the Canadian Association of Petroleum Producers expects fossil investment in Canada to increase C$2 billion, or 6%, with provincial government policies (read: tax cuts and subsidies) as the “main driver”.