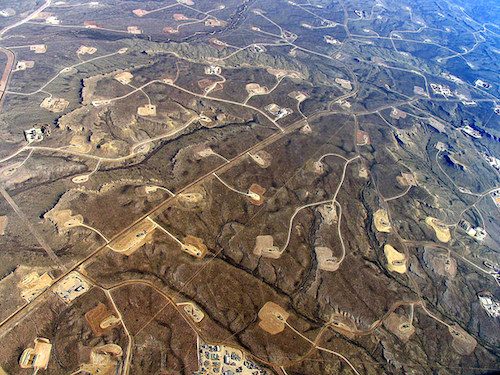 Birth defects, cancer, neurological issues, and psychological effects are among the documented impacts of natural gas fracking, prompting the Canadian Association of Physicians for the Environment (CAPE) to call for a ban on the practice in a literature review released this week.

“Canadians have to be aware that fracking is happening in our country and that it’s causing some extreme harms to our water sources, our air quality, our land, and also contributing to the climate crisis,” said CAPE board member Dr. Melissa Lem, a physician based in British Columbia’s Lower Mainland. “We’re hoping by bringing the health voice to this issue, that we can help change people’s minds and just make them more aware.”

“Credible science suggests that fracking is dangerous to our health—particularly to our children—and detrimental to our environment,” CAPE adds in a release. “Doctors in communities impacted by fracking are also reporting serious health issues in their patients—everything from respiratory complications to an increased incidence of a rare brain cancer. Residents visit their physicians complaining of health conditions which cannot be accounted for.”

The association identifies Canada as the world’s fourth-largest natural gas producer, adding that fracked gas accounted for 71% of the total in 2018. It calls for “a rapid and just transition away from natural gas and oil extracted with fracking to clean and equitable renewable energy sources.”

The study warns that fracking “can contaminate drinking water, negatively impact wildlife, and pollute the air,” the Toronto Star reports. “More than 1,000 chemicals have been found in the fracking process, and some are known or suspected carcinogens. Some are toxic and others can interfere with hormonal systems.”

Many of the substances aren’t disclosed by companies looking to protect their intellectual property rights.

The report cites impacts as varied as wildlife affected by contaminated drinking water, radiation released at fracking sites, air pollution from mining operations, and earthquake risk, the Star says. “In the United States, research findings outline how workers in the sector can be exposed to chemicals and other safety risks. They have a risk of death at seven times the average of the rest of the oil and gas industry.”

The paper adds that Canada’s eastern provinces and Quebec have issued partial or complete fracking bans, along with other jurisdictions around the world.

A recent study from the US has shown the left-over Brine to be highly radio-active. Trucks used to haul it have been condemned as be unsafe from high radio-activity. I am sure the same problem exists in Canada too.